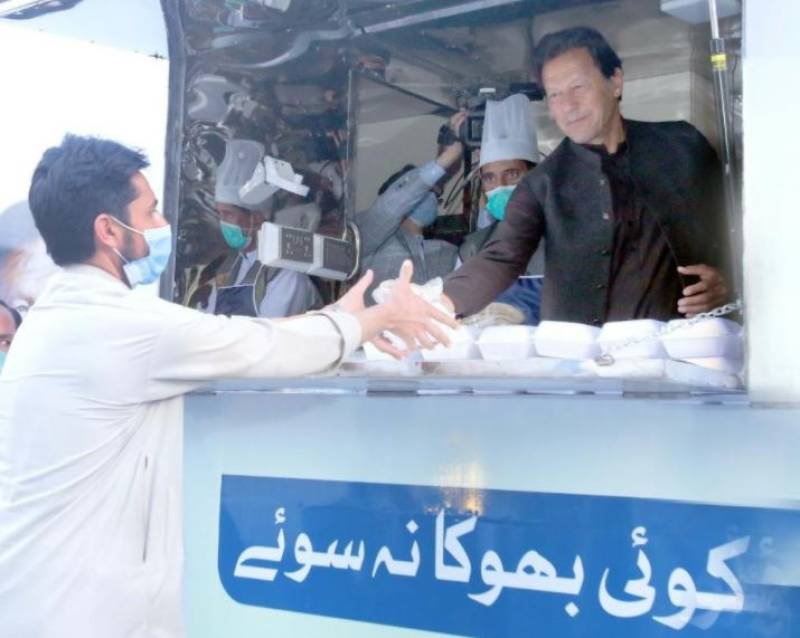 The drive has been launched under Ehsaas programme.

“The biggest beneficiaries of this programme will be the daily wagers, ones who dwell in big cities to earn and send some money back home. They live in cities in deplorable conditions & after Panahgahs, this will be another major step for their wellbeing,” said PTI in a tweet.

Prime Minister Imran Khan distributing meal among the deserving at the launch of کوئی_بھوکا_نہیں_سوئے_گا#
initiative earlier today in Islamabad. pic.twitter.com/5SUGzmMxKa

Initially, the Ehsaas Food Trucks are being operated in Islamabad and Rawalpindi and at later stage the drive will be further expanded to other parts of the country.

Addressing the launching ceremony, the premier termed the initiative a step towards a welfare state, which always takes care of its poor and deserving people.

He said that many philanthropic persons have already expressed willingness in providing financial assistance to the programme.

It always feels me happy to see that deserving people are given shelter and food with honour and dignity at various Panahgahs established across the country, he said.

The prime minister also announced to launch a subsidy programme by June this year under which money will directly be transferred to the accounts of 30 million families in order to help them purchase kitchen items.

He also announced to provide subsidy to famers so that they can procure fertilizers and other agricultural inputs.

Briefing the Prime Minister, Special Assistant on Poverty Alleviation Dr Sania Nishtar said this programme is being executed with the cooperation of Pakistan Bait-ul-Maal.