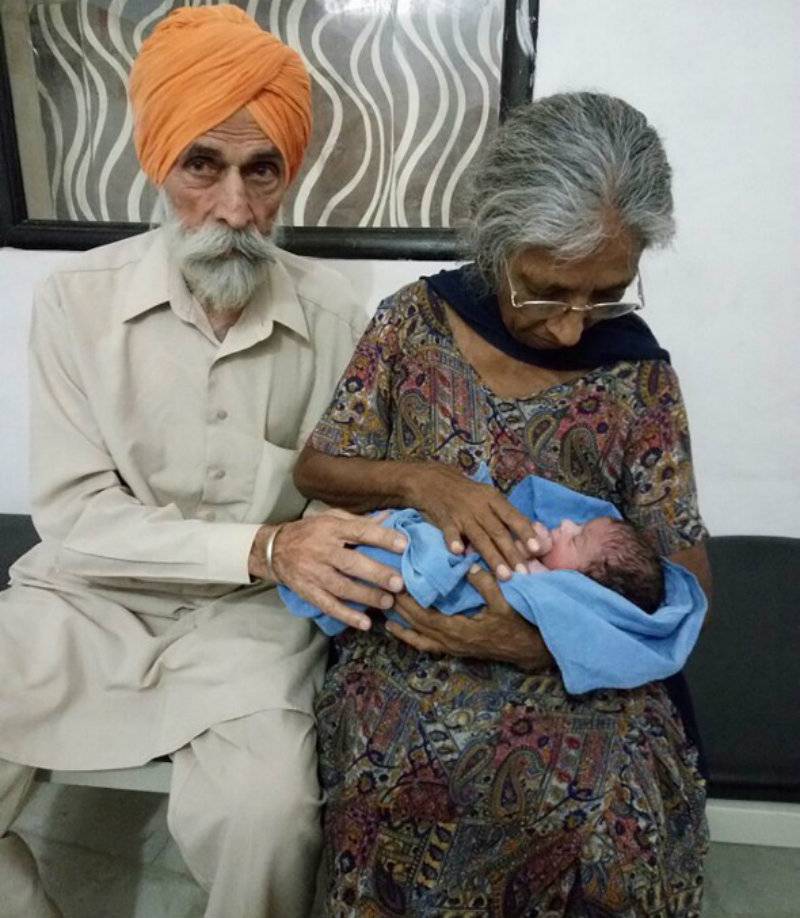 NEW DELHI (Web desk) - A woman gave birth last month to a boy in Punjab following two years of IVF treatment at a fertility clinic in the northern state of Haryana with her 79-year-old husband.

According to Indian media, Daljinder Kaur, who gave birth at the age of 70 said Tuesday she was not too old to become a first-time mother, adding that her life was now complete.

Kaur said the couple, married for 46 years, had almost lost hope of ever having a child.

"God heard our prayers. My life feels complete now. I am looking after the baby all by myself, I feel so full of energy. My husband is also very caring and helps me as much as he can," Kaur said from Amritsar.

"When we saw the (IVF) advert, we thought we should also give it a try as I badly wanted to have a baby of my own," she said.

Kaur put her age at about 70, a common scenario in India where many people don't have birth certificates, while the clinic said in a statement that she was 72.

The baby was conceived using the couple's own egg and sperm and was now "healthy and hearty" after weighing just two kilogrammes (4.4 pounds) at birth on April 19, the National Fertility and Test Tube centre said.