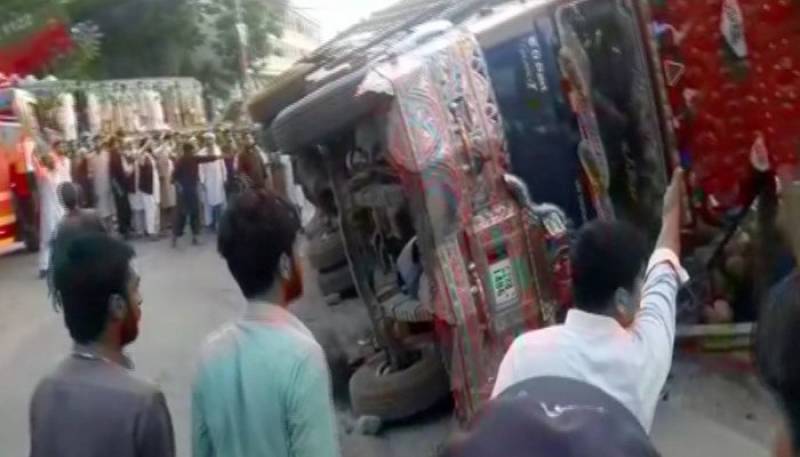 ABBOTTABAD - In a tragic turn of events, at least eight people were left dead in a traffic accident, in Abbottabad city of Khyber Pakhtunkhwa on Thursday.

According to District Police Officer, Ashfaq Ahmed, a truck and a passenger van collided near the Sabzi Mandi area of the city.

Besides the casualties, at least seven others were left injured; they were rushed to the city's District Headquarter Hospital.

Rescue services arrived at the site of the incident and started operation.