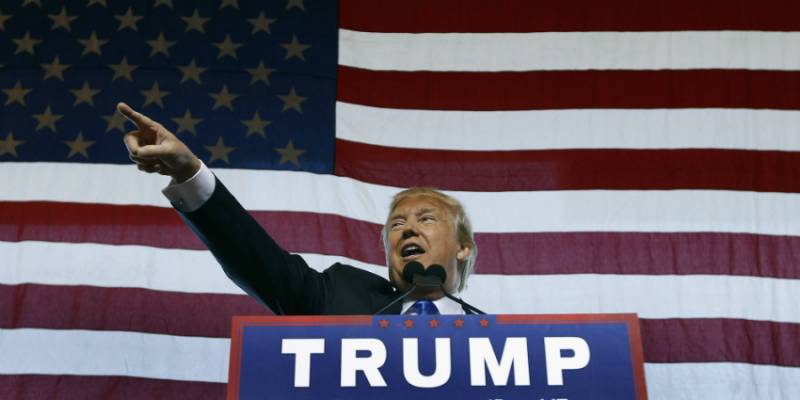 WASHINGTON - Scores of US-based Muslims groups called on Donald Trump to respect religious freedom of all American, following his victory in the US Presidential elections that left people shocked across the globe.

The US Council of Muslim Organizations (USCMO), the largest coalition of national, regional, and local Muslim organizations, in a statement urged the President-elect to uphold the foundational values of the constitution by protecting civil and religious freedoms of all Americans.

“Though the outcome of the elections was not what most expected, it is still the choice of the American people and the result of the democratic process,” USCMO Secretary General Oussama Jammal said,

The negative campaign rhetoric is left behind in the upcoming phase, and that Trump advocates for the rights of the American people regardless of gender, race or religious affiliation, he hoped.

“We look forward to working with the new administration in order to help our great nation to come together and heal, and to move past the divisive sentiment that defined the electoral campaigns.”

USCMO encourages Americans across the nation to come together at this time to work towards closing the divide and building a better, stronger, more productive country.

The Council on American-Islamic-Relations, another major Muslim civil rights and advocacy organization also called on Trump to respect the rights of all Americans and pledged to work with the new president to strengthen the nation.

“As citizens of this great nation, we accept the result of the democratic process that has bound us together as one nation,” CAIR National Executive Director Nihad Awad said but added that regardless of who won or lost yesterday’s election, American Muslims are here to stay.

“We are not going anywhere, and will not be intimidated or marginalized. God willing, the American Muslim community will continue to mobilize to challenge bigotry, to uphold justice and to protect the freedoms and rights of all Americans,” he said.

Many people were still in a state of shock while others took to the street to express their indignation over loss of Hillary Clinton, Trump’s Democratic rival. A large number of people rallied in Chicago to register their protest and anger over Trump’s victory.

Muslims Americans are particularly concerned as Trump during his election campaign said that Muslims should be banned from entering the United States. His statements triggered a wave of anti-Islam sentiments and there have been incidents of violence against Muslims across the country.

Awad said that American Muslims will also increase outreach to their fellow citizens of other faiths and backgrounds to build bridges of mutual understanding and cooperation.

“We will hold the new president to the highest standard in defending the rights of all those residing in our nation, as guaranteed by the American constitution. America is strongest and best when all its communities, institutions and leaders are working together to build a better future for its people and for the world. We look forward to continuing to work with all of our federal, state and local leaders to achieve such a future.”