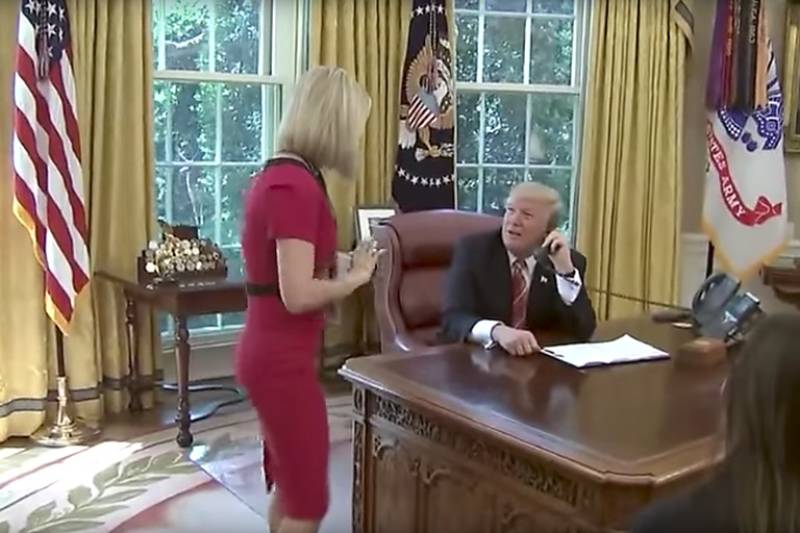 WASHINGTON - In a bizarre move, U.S. President Donald Trump interrupted a phone call to newly elected prime minister of Ireland just to praise the smile of a female journalist at his Oval Office.

The moment, which was captured on a video and widely shared on social media also earned criticism from the media.

While talking to Irish PM Leo Varadkar, Trump said: “Well, we have a lot of your Irish press watching us".

Then, he interrupted his conversation with Varadkar and singled out a female reported named Caitriona Perry calling her to come to him.

The reported introduced herself as Caitriona Perry, an Irish journalist. Later, Trump told the prime minister:  “She has a nice smile on her face so I bet she treats you well.”

Perry who drew the attention of the U.S president later posted a tweet with a video of the incident and termed it a "bizarre moment".

Video of the bizarre moment when President @realDonaldTrump called me over during his call with Taoiseach @campaignforLeo Varadkar. @rtenews pic.twitter.com/TMl2SFQaji