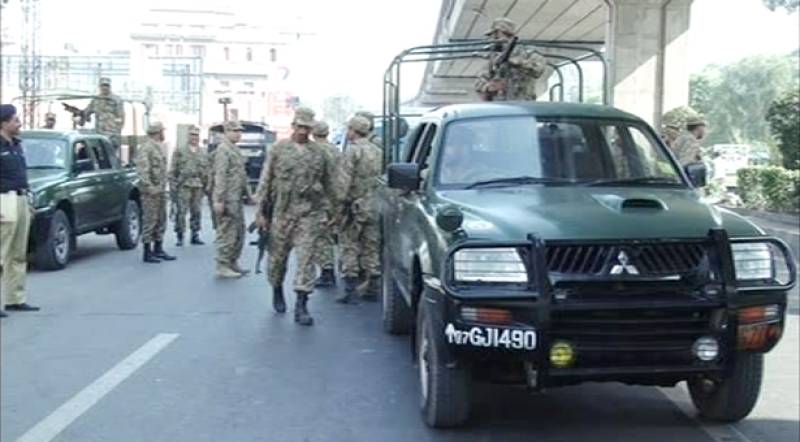 LAHORE (Web Desk) – The personnel of Pakistan Army Saturday took control of 248 polling stations set up for by-polls in NA-122 and PP-147.

The Army personnel would remain deployed inside and outside the polling stations during by-elections to be held tomorrow (Sunday).

Arrangements have also been finalised under supervision of army in the constituency.

The polling staffers have been trained to provide friendly environment to voters in the polling stations of NA-122 and PP-147 which were established in 117 buildings.

17 candidates are in the arena in NA-122 including Sardar Ayaz Sadiq of PML-N, Abdul Aleem Khan of PTI and Barrister Mian Aamir Hassan of PPP.

In PP-147 Lahore, the main candidates are Mohsin Latif of PML-N, Muhammad Shoaib Siddique of PTI and Iftikhar Shahid Advocate of PPP.