North Korea is 'ready to defend itself against US' 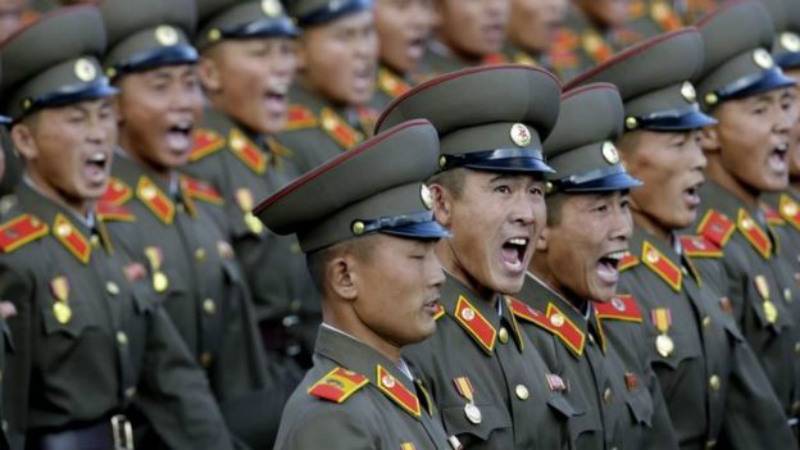 SEOUL (Web Desk) - North Korean leader Kim Jong Un declared Saturday his country is "ready for any kind of war against the United States" as he and a senior Chinese official stood side by side at a military parade to mark the 70th anniversary of the ruling Workers' Party.

Kim spoke frequently with Liu Yunshan, a member of the Standing Committee of the Chinese Communist Party, during the parade as hundreds of troops and weaponry passed through the main square in Pyongyang, the UPI reported.

Kim Jong-un was making a rare public speech as part of mass celebrations involving troops, and military vehicles in Pyongyang to mark the 70th anniversary of the ruling Workers' Party.

Thousands of soldiers - many with red banners - marched past him through the city's main square in tight formation. 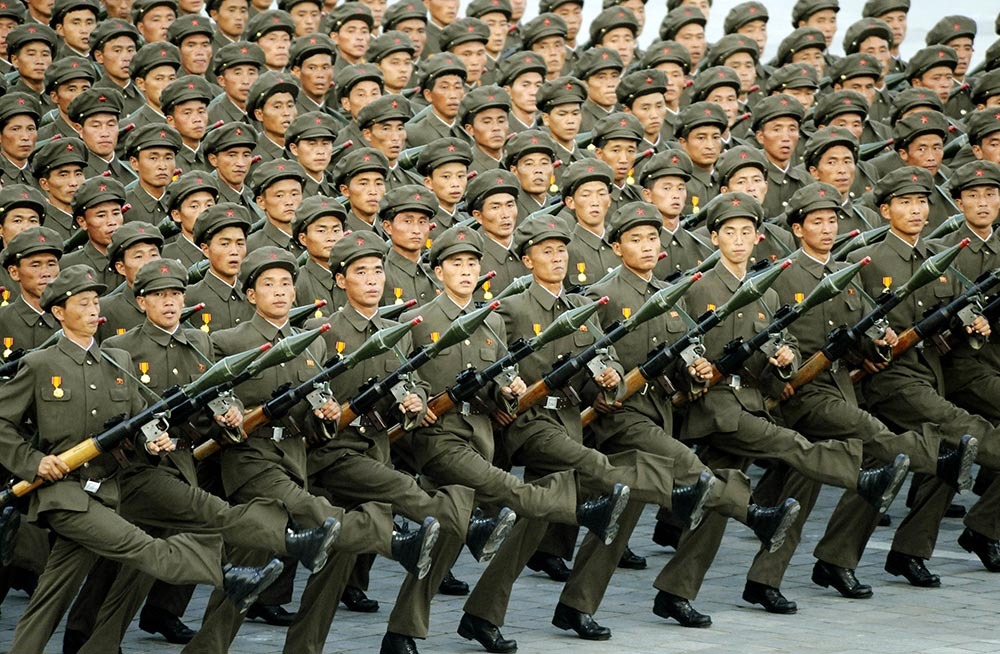 An aircraft flypast forming the number 70 flew over the square. 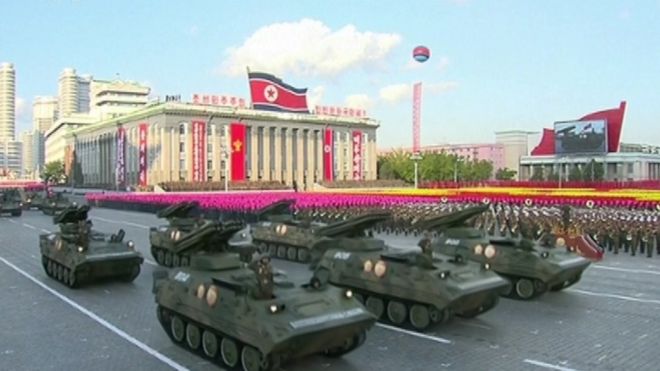 Tanks and missile carriers rolled past the podium where Mr Kim spoke. 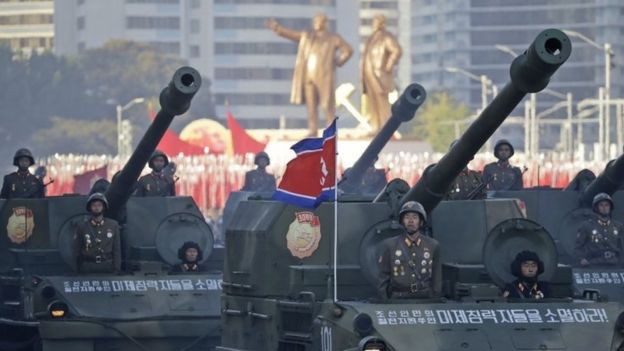 "Iron spirit and the united forces of our army and people have enabled us to break through the imperialists' sanctions and isolation, are forcing the enemies to extreme anxiety and fear," he said.

"The party's revolutionary armament means we are ready to fight any kind of war waged by the US imperialists."

Later, as the parade continued, tens of thousands of civilians, including school-children, danced and waved coloured pom-poms.

Liu handed a letter to Kim from Chinese President Xi Jinping, according to North Korean state media. The attendance of China's No. 5 official underscores the attempt to mend fences between the two countries. 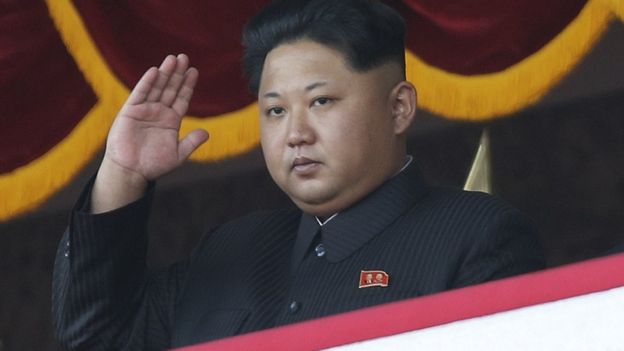 "Our party can confidently state that our revolutionary armament today can deal with any kind of war US imperialists ask for, and we are fully ready to persistently defend the country's blue sky and the well-being of the people," he told the gathered crowds.