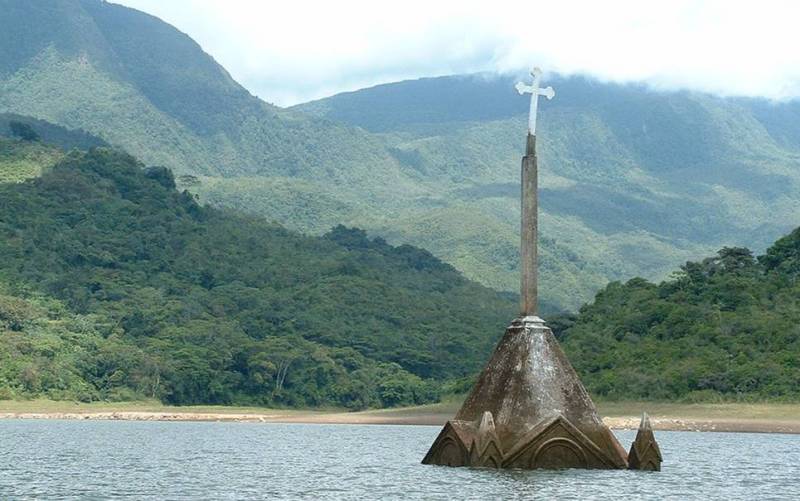 MOSCOW (Web Desk) - A group of Russians are trying to construct the world’s first underwater church at Cape Fiolent, about 200 meters off the Crimean coast.

Divers recently planted a large cross styled like a ship’s anchor at a depth of about 20 meters below sea level, marking the beginning of the ambitious project. 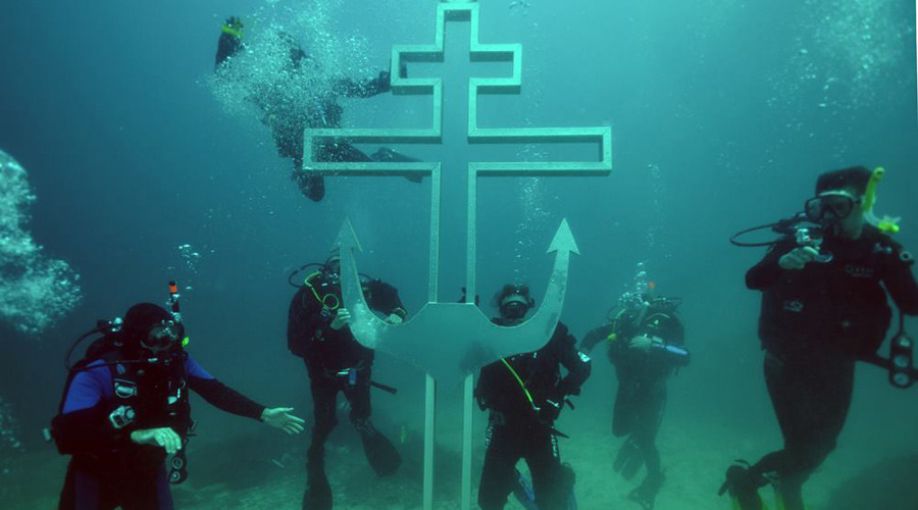 The church is partly sponsored by a Russian motorcycle club called Night Wolves, believed to have close ties with President Putin.

The Russian Orthodox Church of the Moscow Patriarchate is co-funding the project. Both groups hope that the church will attract more tourists to the newly annexed Crimean peninsula. 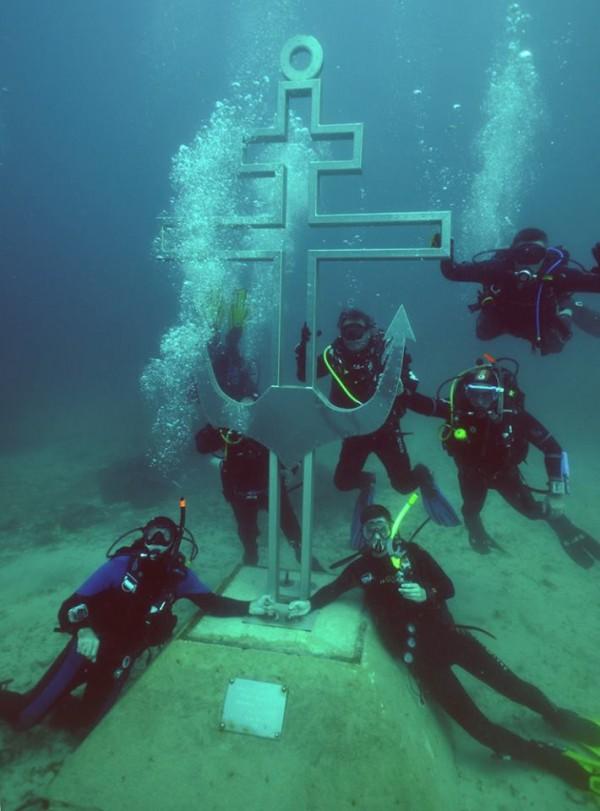 “The underwater church will look like a church,” said Archimandrite Tikhon, who is also a diving enthusiast. “There will be icons inside - just like in a real church. Most probably they will be bas-reliefs of icons in stainless steel or stone.” 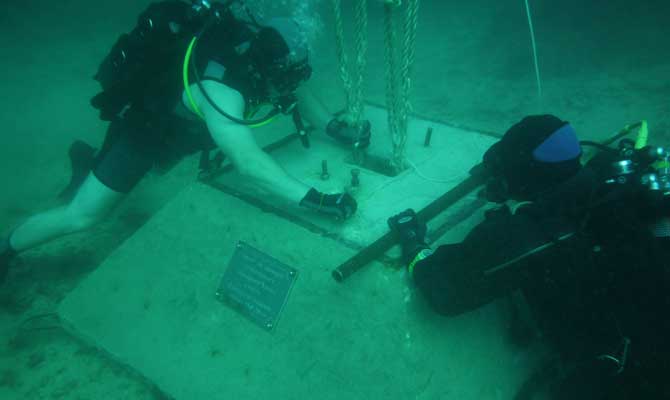 He added that architects are working on the design and details of the structure.

Meanwhile, the cross’s exact location will be mapped to allow visitors to find it easily. Before the summer ends, divers will also install a table and large concrete candle holders near the cross, for tourists to use. 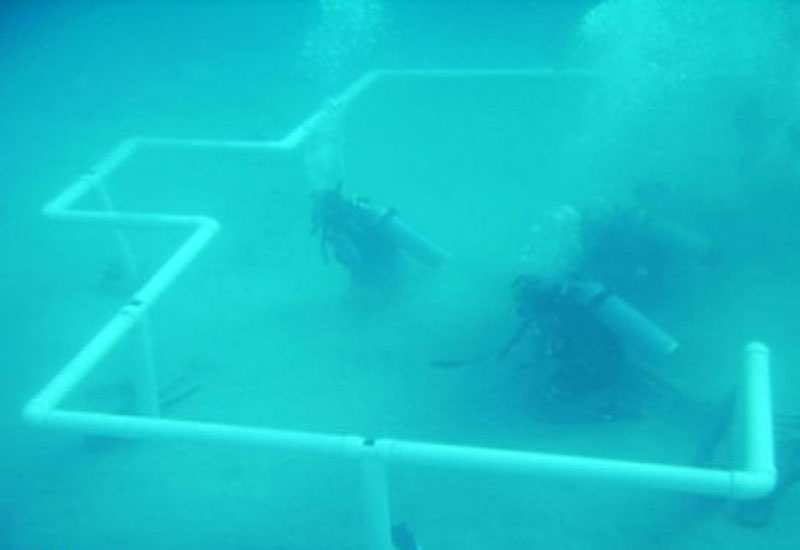 In the future, the construction will be used as a church and also as a museum of Crimean history. The site will include displays of ammunition and military ships, dating back to two of the largest military defense operations in the 1850s and 1940s.

The church will be named after St Nicholas, the patron saint of sailors.