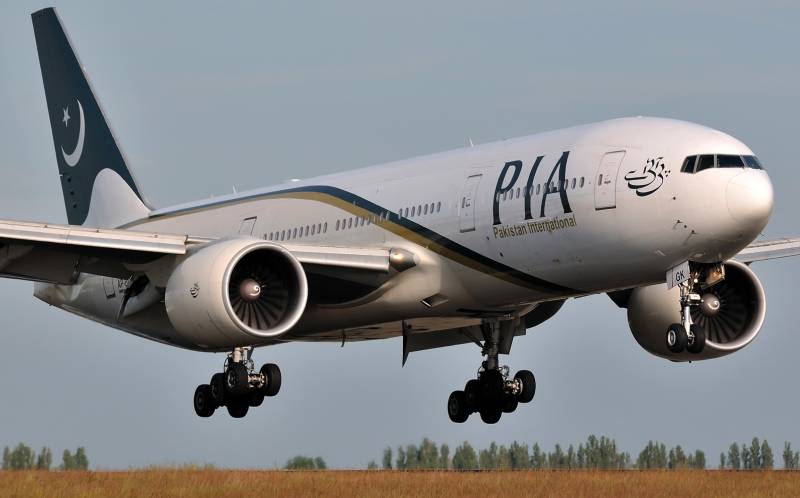 ISLAMABAD - The Senate’s Public Accounts Committee (PAC) on Tuesday expressed strong anger over the PIA affairs and asked the National Accountability Bureau (NAB) to probe the controversy surrounding the sale of a Pakistan International Airlines plane.

Earlier this year, PAC had found that a PIA plane had gone missing. However, later it was revealed that the plane had been sold to a German museum.

The flight-worthy airplane was sold to the museum in Leipzig even though permission had not been sought, senators had said in March. No agreements were signed and the PIA did not receive any advance payment for the sale of the A-310, they had added.

As the PAC reviewed audit objections in connection with the aviation sector, Committee Chairman Khursheed Shah, said that the issue of the ‘missing’ plane brought a bad name to Pakistan.

The PAC Chairman Shah asked, “how come a plane of the national flag carrier reached Germany without any due process? He ordered NAB to investigate the matter and find out who had ordered the name of former acting chief executive officer (CEO) of the airline, Bernd Hildenbrand, to be removed from the Exit Control List.

In September, a minister had said that the former CEO had taken the plane home while leaving Pakistan.

The chairman of the Civil Aviation Authority (CAA) told the committee that a Malta-based film production company had hired the plane against $210,000. Later the plane was directly flown from Malta to a museum in Germany.

The chairman also told the committee that the foreign adviser of the PIA who had finalised the deal was an employee of the same company which was purchasing the plane.

As per the details provided by the official, PIA incurred the following losses in past four years: