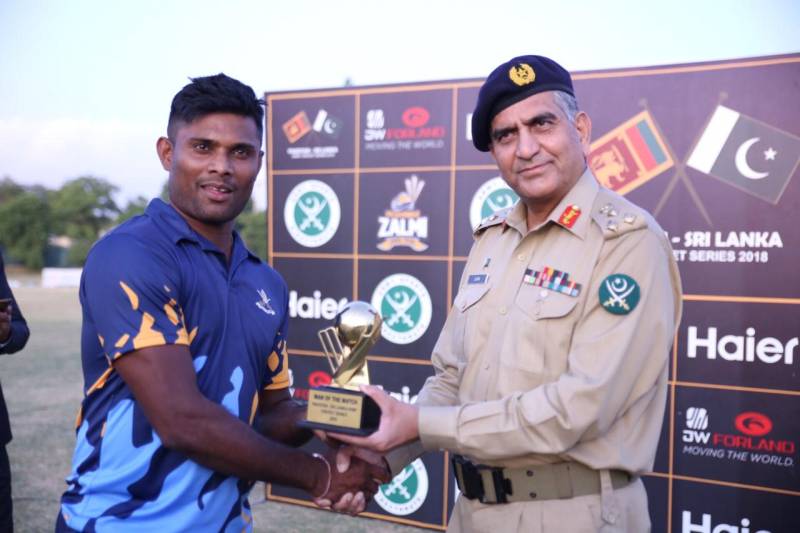 Zalmi Foundation and Haier have co-sponsored this one of a kind series which aims to Strengthen bilateral relations between the two countries, says a press release issued by the Zalmi Foundation.

Sri Lanka and Pakistan have been great friends for the past decades and both countries are always looking to further strengthen this relationship. 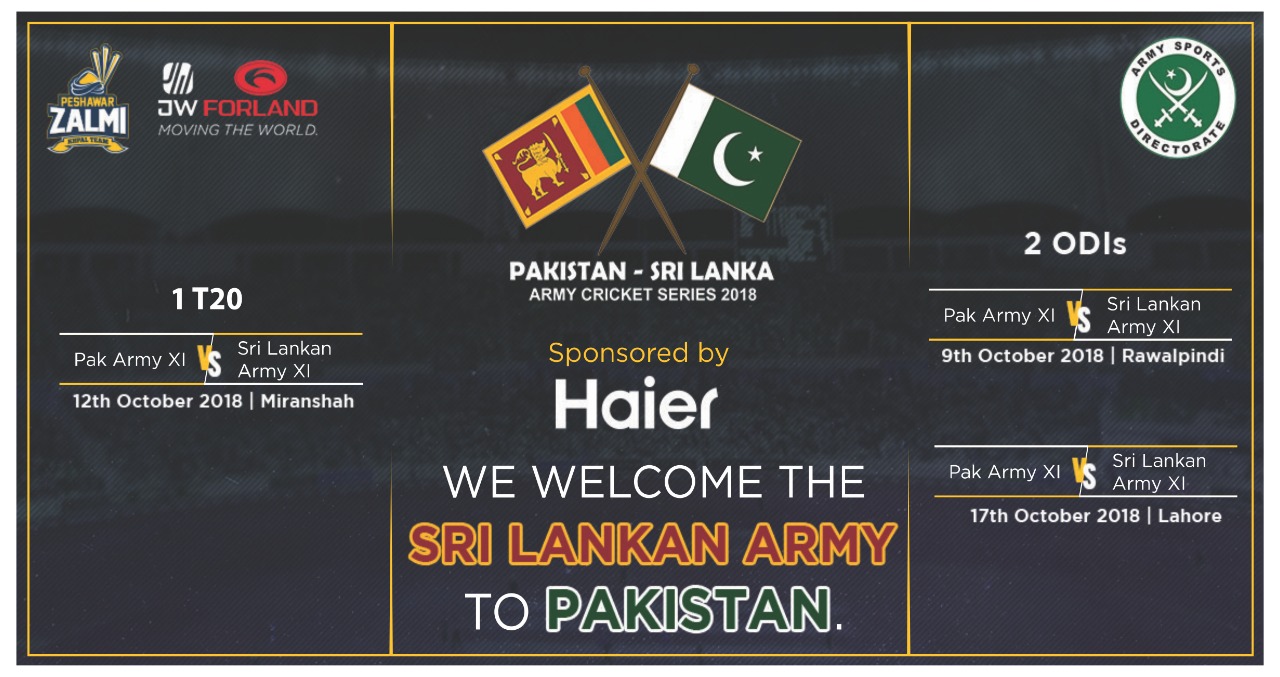 It has been proven that there is no better way than through sports to take this friendship to the next level. Since both countries are cricket loving nations, the cricket series between Pakistan Army and Sri Lankan Army will prove to be a monumental stepping stone for both countries.

The first match, of the cricket series, which was played in Rawalpindi, had won the Sri Lankan team.

Chairman, Peshawar Zalmi & Zalmi Foundation, Mr Javed Afridi said, "this series is a step in the positive direction for both countries. We feel honoured to become part of this wonderful series and hope to provide support for more endeavours such as this one. Our aim is always to promote the positive image of Pakistan on a global stage and we strive relentlessly to achieve this goal."

He further added that the "two cricket loving nations can promote the message of peace through this beautiful sport, as we have seen globally that, sports are always playing an important role in bringing people, communities, and countries together."