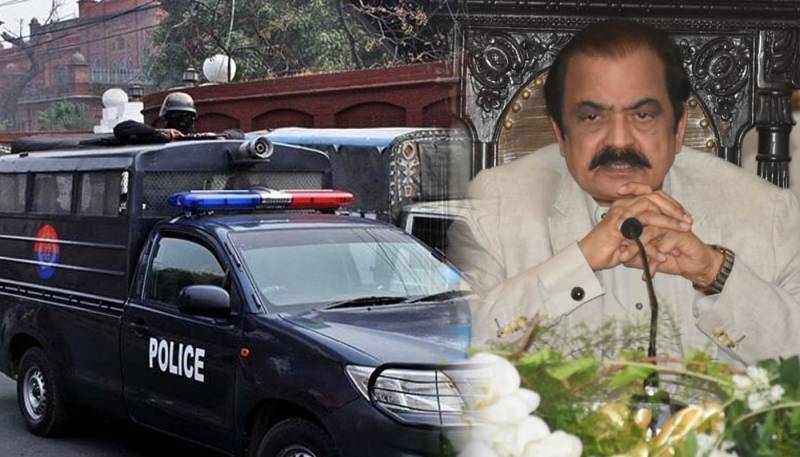 ISLAMABAD – Anti-corruption Punjab officials reached the Kohsar police station in the federal capital and approached Islamabad police for force to assist in the arrest of Interior Minister Rana Sanaullah.

The development comes as a fresh arrest warrant was issued for Interior Minister by a judicial magistrate earlier today, with the cops ordered to immediately hold the minister and produce him before the court.

The issuance of the fresh warrant comes days after a court in Rawalpindi issued a non-bailable arrest warrant against the PML-N stalwart for failing to appear before ACE officials in a land scam case.

Reports suggest that one address of Rana Sanaullah was mentioned in the previous arrest, whereas it was requested to add more addresses in the fresh warrant.

Rana Sanaullah has been accused of purchasing two farmhouses at a private housing scheme in Kallar Kahar at a price lower than the scheduled rate.