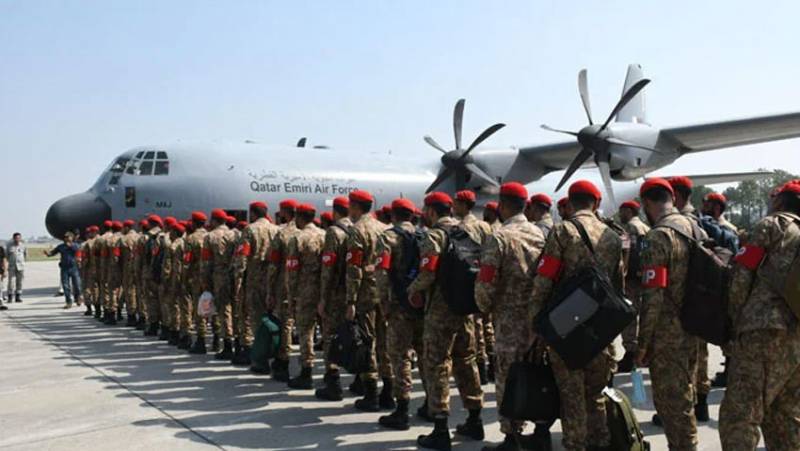 ISLAMABAD – A contingent of the Pakistan Army on Monday left for Qatar for the provision of security in the upcoming FIFA World Cup 2022.

The troops left for the Middle Eastern country from Nur Khan Airbase to assume security; members of a special contingent were trained on security by FIFA's eight-member international training team in September.

Doha earlier requested Islamabad for security assistance during the international men's football championship and a four-member delegation of the Qatari Ministry of Interior also visited Pakistan in August in this regard.

The upcoming event is only the second to take place in Asia, after Japan and South Korea joint-hosted the event back in 2002.

ISLAMABAD – A team of 10 young Pakistani footballers is all set to take part in the Street Child World Cup 2022 ...