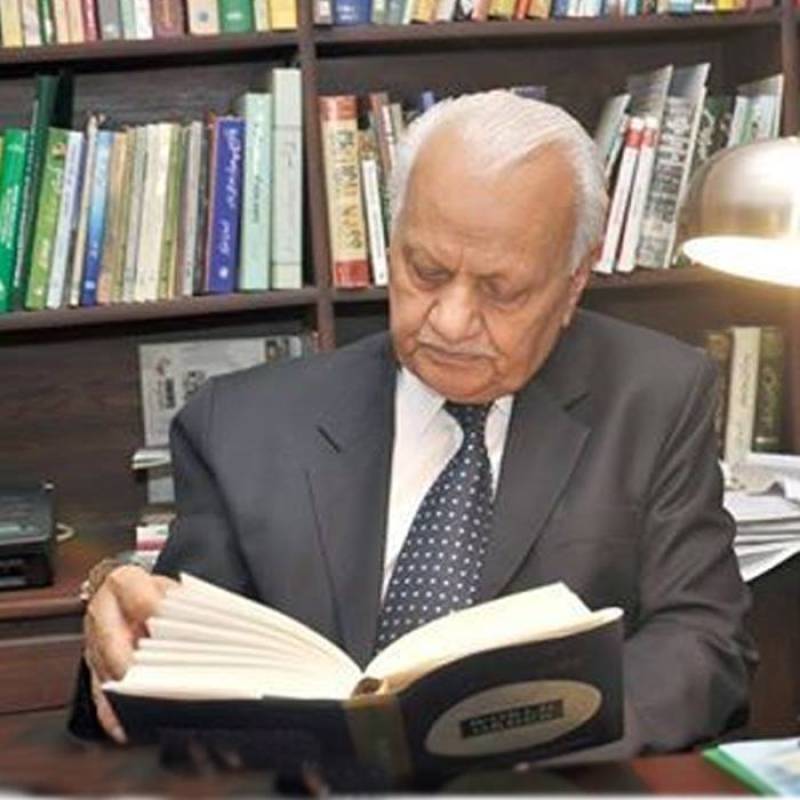 ISLAMABAD (Web Desk) - Seasoned journalist and Editor-in-Chief of Pakistan Observer passed away at 78 after a protracted illness here on Thursday.

Zahid Malik was born on October 5, 1937. He was founder, editor-in-chief and publisher of the English daily Pakistan Observer. He was also Patron in Chief of Nazaria-e-Pakistan Council.

He received a Writers Guild of Pakistan First Prize for his book 'Public Relations' which was first published in Urdu in 1971. Another of Mr Malik's works 'Mazameen-i-Quran-i-Hakeem' an 800-page subject-wise classification of verses of the Holy Quran was translated into English, French and German, Dawn News reported.

Mr. Malik received a Sitara-i-Imtiaz on Aug 14, 2011 for his contributions towards journalism, the promotion of the ideology of Pakistan and writings about religion.

Prime Minister Nawaz Sharif has expressed deep grief and sorrow over the sad demise of renowned journalist Zahid Malik. In his condolence message, the prime minister prayed for eternal peace of the departed soul.

President Mamnoon Hussain has also expressed grief and sorrow over the demise of Pakistan Observer Editor-in-Chief Zahid Malik. In his message, he said the services of Zahid Malik in the field of journalism will be remembered for all times to come.

The journalist community has also expressed sorrow over the demise of senior journalist.

His Namaz-e-Janaza would be offered at 5 p.m. at H-8 Graveyard in Islamabad on Thursday.