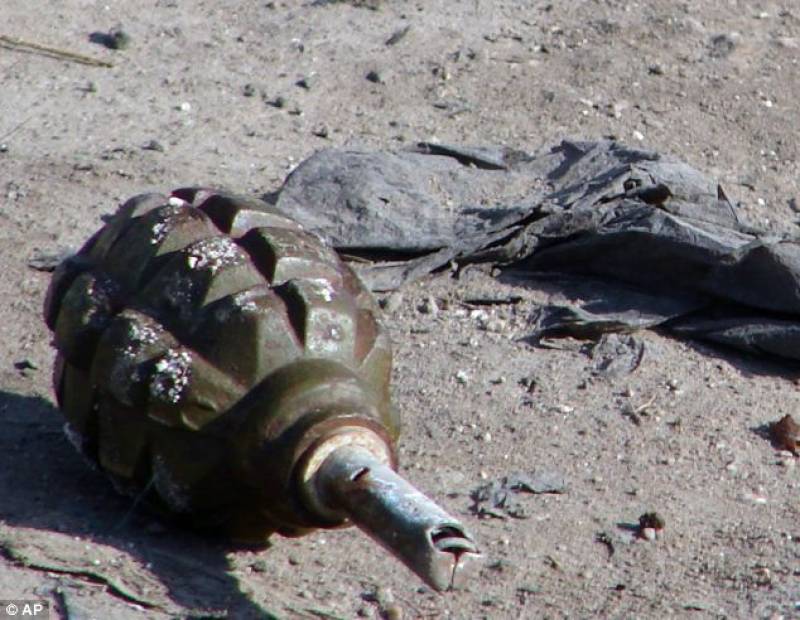 KARACHI (Staff Report) - A hand grenade exploded inside courtroom in Karachi's Anti-Terrorism Court (ATC) after a judge asked a police constable if he knew how grenades worked. The constable, instead of explaining his expertise in weapons and grenade handling to the judge, opted to demonstrate practically by promptly pulling out the pin from the grenade.

This resulted in a loud explosion, injuring three including the constable and a court clerk.

The blast took place while hearing of a case was underway in courtroom-III. Two policemen and a court clerk were among injured and taken to a nearby hospital for first aid. Court's proceeding was briefly suspended as a result.

According to media reports, the grenade in question was a locally developed bomb which was brought to the courtroom by Investigation Officer Abid Ali as evidence. The bomb was, reportedly, not defused before production in the court.

The police and paramilitary forces in the vicinity immediately surrounded the area after the explosion fearing a terrorist attack and the security forces were put on high alert.

It is safe to say that now the whole court knows how grenades work, including the curious judge.

According to authorities, the constable who apparently knows how grenades work will be punished severely after he recovers from his injuries.