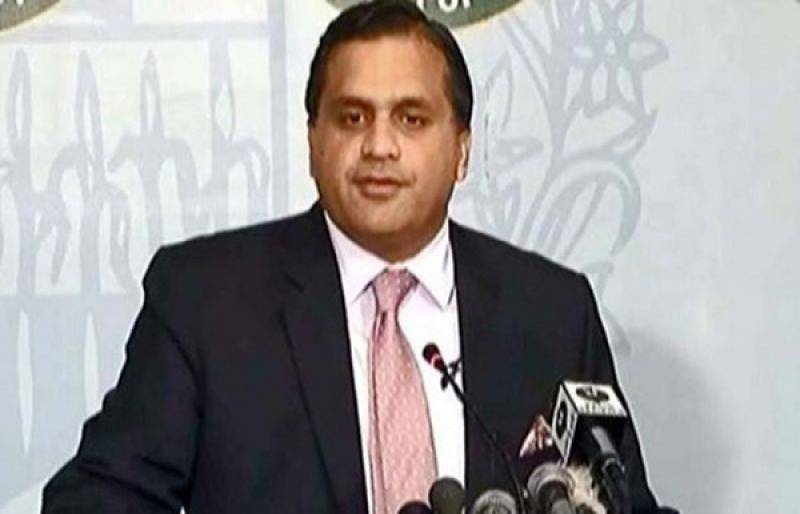 ISLAMABAD - Pakistan was still waiting for the actionable intelligence from the Indian side regarding Pulwama incident that took place in February in Indian occupied Kashmir, Foreign Office Thursday said.

While addressing the weekly press briefing here, Foreign Office Spokesperson Dr Muhammad Faisal said that a set of questions regarding the Pulwama incident has been handed over to the Indian High Commission today and their response was awaited.

Dr Faisal confirmed that Pakistan had effective intelligence about Indian attack in mid-April that is why it was stated by Foreign Minister Shah Mehmood Qureshi publicly.

“Pakistan retaliated Indian aggression with its own strength without involving any other force on Pulwama incident and any future threats from India will be dealt with the same intensity by Pakistan”, he reaffirmed.

To a question, he said that Pakistan will not be part of the next round of US-Taliban talks taking place on April 14-15 in Doha, Qatar. “Pakistan has supported peace talks in past and believes that an Afghan-led, Afghan-owned government was the only solution to Afghan issue”, he added.

He said Pakistan doesn’t want to affect Indian general election in any sense. “India has always been reluctant to come to the dialogue table because of the reasons only known to Indian side”, he added.

“We impress upon the international community, to urge India, by all means possible, to immediately halt the human rights atrocities in IOK and seek their help in resolving the Jammu & Kashmir dispute”, he added.

To another question, he said that the status of occupied Kashmir under article 370 of the Indian Constitution can’t be tempered as Kashmir is a disputed territory between India and Pakistan.

He said that Prime Minister Imran Khan will be visiting Iran soon to discuss mutual interest with the Iranian leadership.