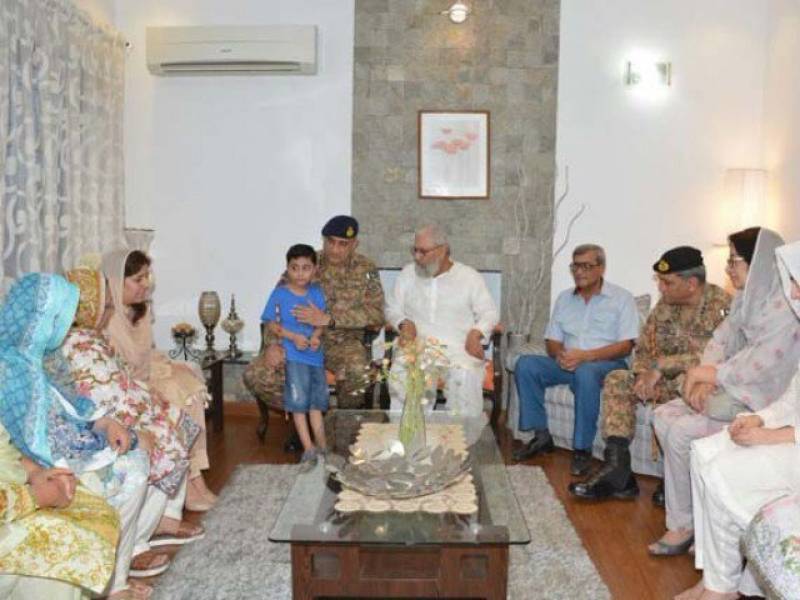 LAHORE - The Chief of Army Staff (COAS) General Qamar Javed Bajwa along with his wife visited the family of Major Ali Salman (Shaheed) here on Friday, who embraced Shahadat during an Intelligence Based Operation (IBO) at Timergara, Dir on August 9.

The army chief met with the fallen soldier’s family and said the major had made the nation proud [by embracing martyrdom].

“We shall restore peace and rule of law, whatever sacrifices it may cost,” the Inter-Services Public Relations quoted the army chief as saying. “No threat can deter the resolve of a nation which is united, resilient and honours its heroes,” he added.