'If Nawaz Sharif is so brave, he should name this person,' Senior Journalist Hamid Mir challenges ex-PM Nawaz Sharif 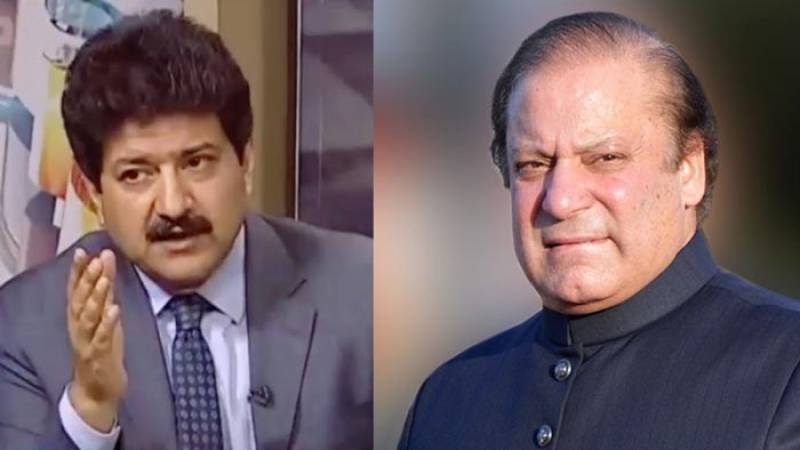 ISLAMABAD - Veteran journalist Hamid Mir while challenging former premier, said on Thursday that if Nawaz Sharif was so brave as claimed by himself then he should reveal the conspirator that ousted him from PM House.

The journalist while reacting to the perception simmering in ruling party that a hidden hand led to the ouster of Nawaz Sharif from mainstream politics said that Sharif should unearth the plot if there was any.

Expressing his views in program 'Capital Talk', Hamid Mir expressed that leading a rally towards Lahore was a political right of former premier from which he could not be barred, however, the million dollars question was still there: Who conspired against Nawaz Sharif?

Mir went on and described that his party was controlling the federal government as well as Punjab government but still the disqualified premier was reiterating about the conspiracy.

'If Nawaz Sharif is a symbol of valour and resistance, he should name the one who is involved in conspiracy' asked Mir.

He noted that if the PML-N head was intentionally not revealing the conspirer owing to political sagacity, he should be lauded as well but then Nawaz Sharif should not mention the conspiracy.

He called upon the leadership to divert their attention towards that conspiracy for which the law enforcers and security officials were lying down their lives to stave it off.

Nawaz Sharif, who was disqualified by a five-member bench of the supreme court for concealing his employment with Capital FZE, a firm owned by his younger son Hassan Nawaz, decried the involvement of hidden hands behind his ouster.

Sharif along with his party members are currently holding a GT Road power show to head towards Lahore in the form of a convoy from Islamabad.