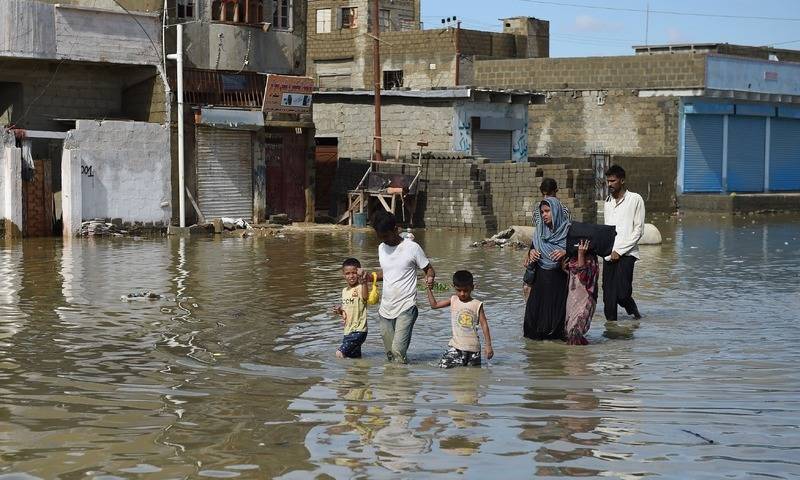 ISLAMABAD - The heavy rains recorded in the past 13 hours in Khyber Pakhtunkhwa (KP) have perished three persons with eight houses partially damaged in different districts of the province.

According to National Disaster Management Authority's (NDMA) daily monsoon situation report on Sunday, a house got partially damaged in District Abbottabad and the veranda of a house collapsed in Tehsil Uthmankhel, District Bajaur, resulting in the death of a person due to heavy rains on August 9 and 10.

One death and damaging of five houses were reported in different incidents occurred in District Buner. The boundary wall of a house collapsed in District Orakzai which caused death.

In the Sindh province, due to heavy rains ‘water ponding’ incidents were reported at different locations in Karachi, while the situation in Balochistan remained calmed during the weather prevailed in the last 13 hours.

The report mentioned that Gilgit Baltistan’s Naltar Road was blocked due to huge landslide between Naltar Bala and Naltar Paeen. The landslide would be cleared in two to three, it added.

The report, in its flood warning alerts, mentioned that medium level flows were expected in rivers Jhelum and Chenab along with their associated nullahs during the week.

“High to very high-level flows are also expected in the hill torrents of Dera Ghazi Khan Division and nullahs of Balochistan during next 48 hours,” it added.

According to the weather outlook in the report, scattered thunderstorm and rain with heavy falls at isolated places was expected over the upper catchments of all the major rivers along with Malakand, Hazara, Peshawar, Kohat, Bannu, Dera Ismail Khan, Rawalpindi, Gujranwala, Faisalabad, Sargodha, Lahore, Sahiwal, Multan, Bahawalpur and Dera Ghazi Khan divisions during the week.

Wet spell was likely to decrease over southern parts of the country after 24 hours, it added.