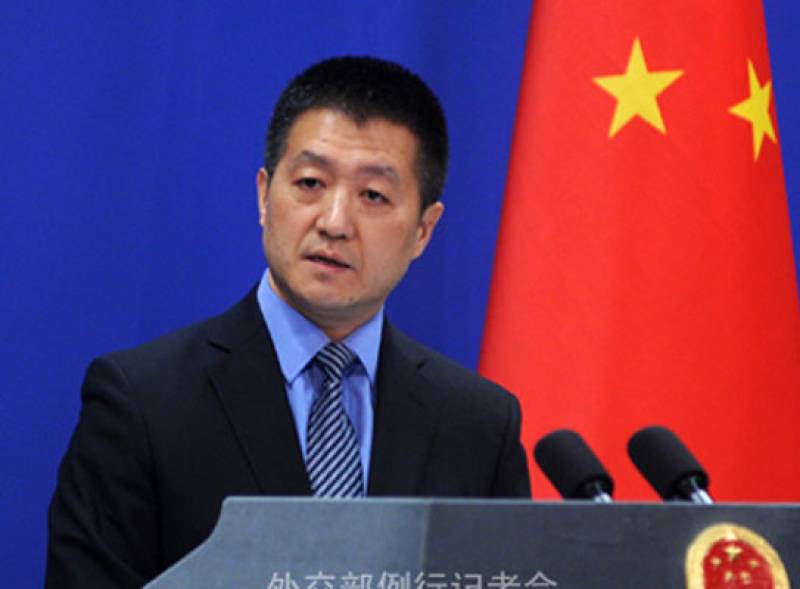 ISLAMABAD - China has commended Pakistan for attaching high importance to the China-Pakistan Economic Corridor (CPEC) project and taking necessary measures to ensure safety of Chinese citizens and institutions in the country.

The remarks came from Chinese Foreign Ministry Spokesperson, Lu Kang during a regular press briefing in Beijing on Monday.

The spokesperson said the CPEC is a major cooperation project for the two countries in the alignment of their development strategies.

He said the CPEC is a flagship project of Belt and Road Initiative which has widespread support in both countries.

Lu Kang said the corridor will promote prosperity and stability of China, Pakistan and the countries in the region.

Pakistan has raised a strong force comprising fifteen thousand security personnel for the safety of Chinese citizens working on CPEC projects and the Chinese institutions across the country.

He was talking to a delegation headed by Assistant Minister of International Department of Central Committee of the Communist Party of China Wang Yajun in Islamabad on Monday.

The speaker said the historical Pak-China relations have entered a new phase of unprecedented cooperation.

He said Pakistan wishes to explore all existing opportunities to further cement these relations.

While apprising the Chinese dignitary regarding Islamabad Speakers' Conference from 23rd to 26th of this month, Ayaz Sadiq said the conference will pave way for a new era of development and prosperity in the region through connectivity and will help overcome menace of terrorism.

He further said that speakers from China, Russia, Turkey, Iran and Afghanistan have been invited to attend the conference.