About 45 countries are participating in the drills being hosted by Pakistan Navy, with one common resolve 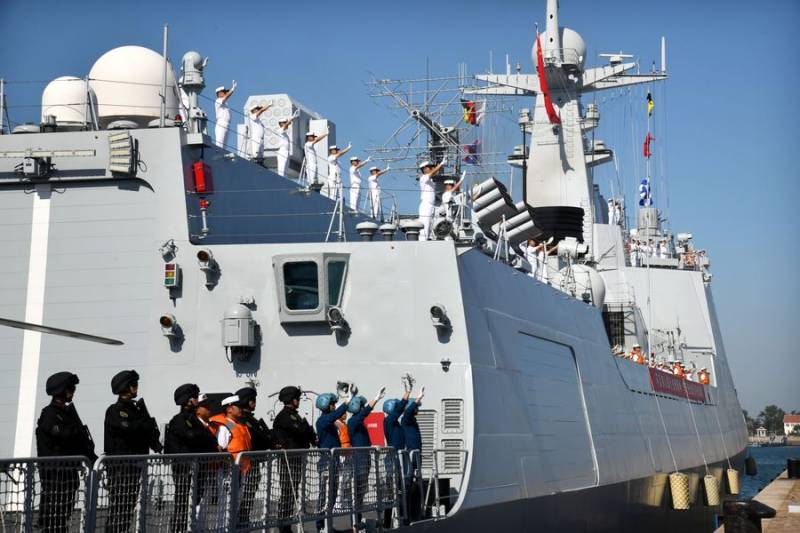 KARACHI – A fleet of the People's Liberation Army Navy on Thursday set off for Pakistan to attend a multilateral joint naval exercise at the invitation of the Pakistani navy, China's Ministry of National Defence said.

It is the eighth time for a Chinese naval fleet to participate in such exercises organized by the Pakistani navy, which are aimed at strengthening exchanges and friendly interactions with navies of relevant countries, said the statement.

The Aman-2021 multinational maritime exercise is commencing in Karachi and in the Pakistani waters from today (Thursday).

The 6-day exercise Aman-2021 has the slogan ‘Together for Peace” and will have two phases, a harbor phase and a sea phase.

The exercise is being participated by 45 countries along with their surface and air assets, special operation forces, marine teams, senior officers and observers.

“With a resolve against terrorism and piracy, carrying high the slogan of ‘Together for Peace’, the Aman Exercise is conducted by the Pakistan Navy after every two years in the form of a collaboration between the navies of various countries to maintain a safe and sustainable maritime realm and, above all, enhance interoperability between regional and extra-regional navies,” Pakistan Fleet Commander Rear Admiral Naveed Ashraf said during a media briefing.

ISLAMABAD – A special promo song ‘The Call of Peace’ for the multinational exercise 'AMAN 2021' has ...

AMAN (Peace), a major multinational exercise is a biennial event organised every two years since 2007.

All the participating navies had the common objective of ensuring peace and freedom in maritime arena to provide safe and un interrupted flow of trade.

The word AMAN means ‘Peace’ and the slogan of the exercise is ‘Together for Peace’. A total 45 countries have committed to take part. A total eleven ships from China, Japan, Russian Federation, Indonesia, Sri Lanka, UK, and USA will participate along with 112 officials of participating countries as observers.

Around 80 to 85 per cent of global trade by volume and over 70 per cent by value is carried by sea, only one percent by air and about 15 by land.

Indian ocean (IO) is the third largest in the world, hub of major sea routes connecting the Middle East, Africa and East Asia with Europe and the Americas. These vital sea lanes, facilitate maritime trade in the IO region, carry more than half of the world’s sea-borne oil and host 23 of the world’s top 100 container ports.

Pakistan, specifically, its Gwadar port occupies strategic location overlooking the Strait of Hormuz and the North Arabian Sea. All types of oil and gas imports and 95 percent of trade of Pakistan is through the sea.