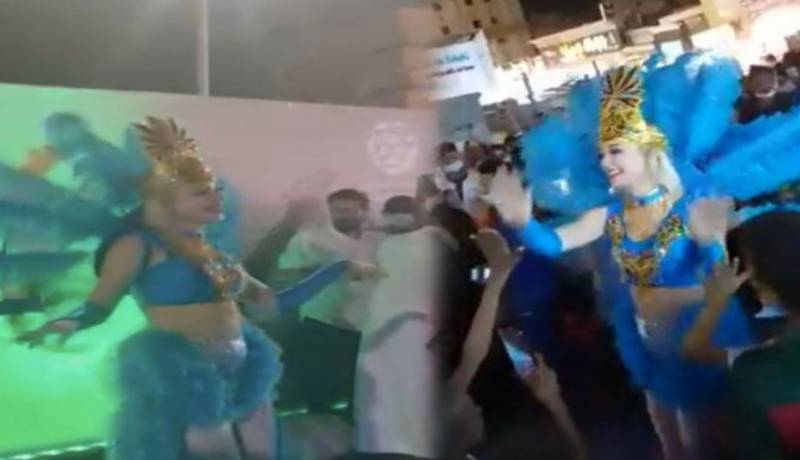 RIYADH – Amid the diversification of entertainment in the Kingdom, foreign dancers performed at a local festival in the south-western region that triggered an outcry.

As the viral footage showed foreign dancers performing at a local festival with revealing costumes on street, Saudi authorities started an investigation.

Foreign dancers displaying their moves in the main street of Jazan were taking part in the Winter Festival. The dancers donned traditional feather dresses with their bellies, legs, arms exposed however the performers did not reveal as samba dancers used to wear skimpy dresses during the carnival parades.

State-run El-Ekhbariya Saudi channel aired footage of the festival but blurred parts of the women however some supporters opposed the move saying the show was for entertainment, not to go against religious and social norms.

As some support the bold entertainment, others seemed irked, demanding punishment for those responsible for the event.

In recent months, Kingdom has hosted a number of entertainment events and festivals as part of dramatic changes under the Saudi vision 2030.

JEDDAH - A teenage boy who was filmed dancing to 90s hit song Macarena at a street crossing in Saudi Arabia was ...

The recent events, that opposed the conservative approach in the second-largest Arab state, are part of a broad initiative by Crown Prince Mohammed bin Salman for social reform and economic diversification of the oil-dependent economy.

Meanwhile, some critics claimed that Saudi authorities under MBS are using entertainment events to get rid of its poor human rights record.