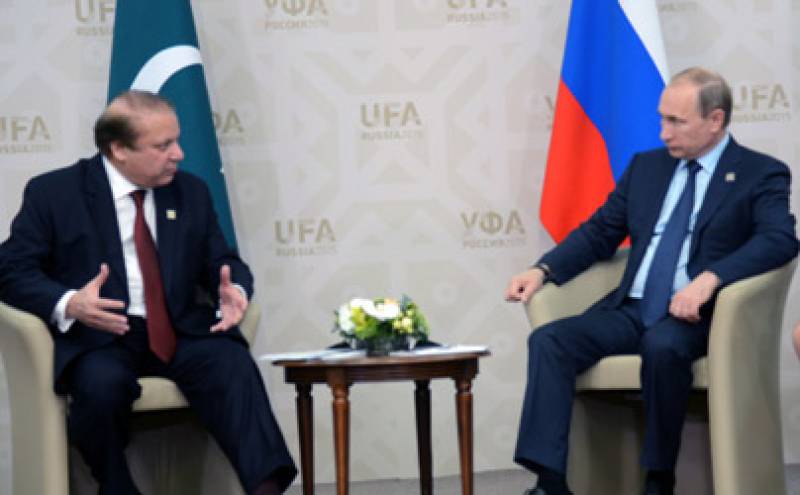 MOSCOW (APP) - Prime Minister Nawaz Sharif has said Pakistan attaches great importance to its ties with the Russian Federation and is keen to enhance these relations.

He was talking to Russian President Vladimir Putin on the sidelines of SCO summit in Ufa.

Nawaz Sharif said Pakistan wants a multi-dimensional relationship with Russia in the fields of trade, defence, energy, infrastructure, culture and other spheres.

He said Pakistan is thankful to the Russian Federation for its support to Pakistan's entry into Shanghai Cooperation Organization as a full member. President Putin congratulated the Prime Minister on the launching of formal accession of Pakistan to SCO.

He said Russia attached importance to its relations with Pakistan and would like to further enhance them, particularly in the economic domain.

Both leaders reviewed the progress in a number of projects especially in the energy sector.