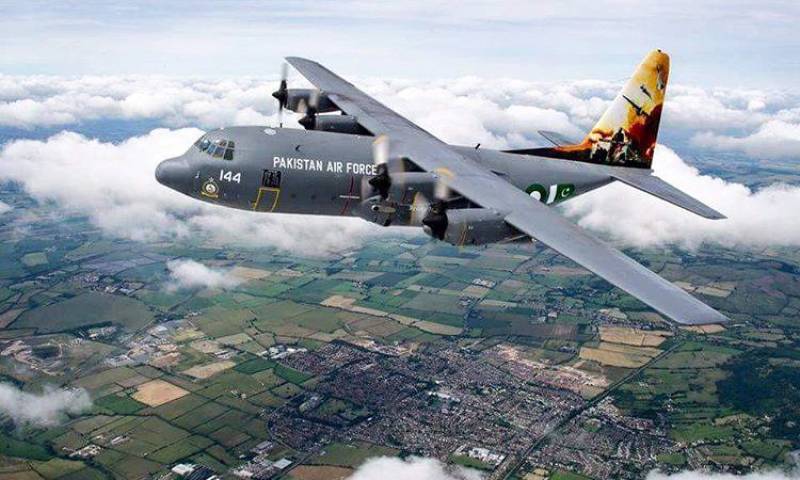 ISLAMABAD - A C-130 Hercules transport aircraft of the Pakistan Air Force (PAF) has won the Concours D’ Elegance trophy at the Royal International Air Tattoo (RIAT) Show 2016 at the Royal Air Force Base at Fair Ford in the United Kingdom.

The PAF C-130 was decked out in artwork honoring the achievements and sacrifices rendered by the armed forces of Pakistan during Operation Zarb-i-Azb.

More than 200 aircraft from 50 countries participated in the competition, all of which were resoundingly beaten by the Pakistani aircraft which won the trophy.

The RIAT show, one of the UK's premier events and one of the largest military air shows in the world, was held from July 8-10 at RAF Fairford in Gloucestershire.