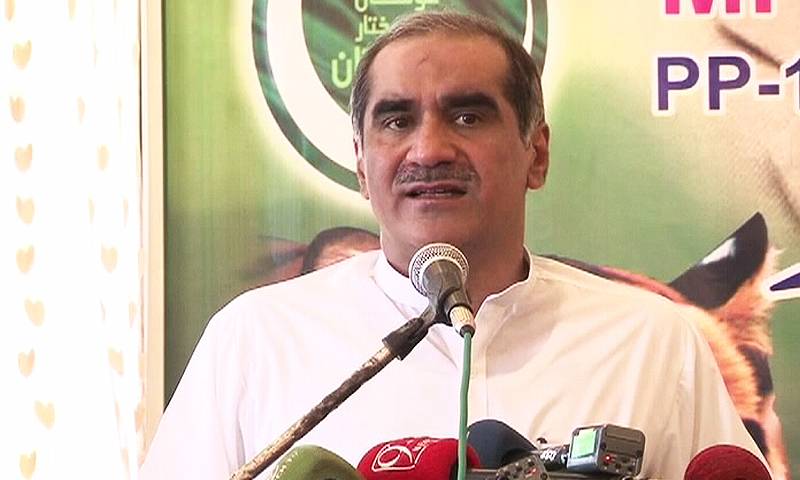 ISLAMABAD -  Federal Minister for Railways Khawaja Saad Rafique said the Joint Investigation Team’s report submitted to the Supreme Court is worthless as the statement of the Qatari prince was not recorded.

Talking to a private news channel hours after the six-member inquiry panel submitted its final report to the Supreme Court, the minister said that the JIT report was not against the expectations of the government. However, the PML-N lawyers would go through it to contest it in the court.

He alleged that the report is in fact the narrative of PTI.

The legislator said PML-N has respect for the judiciary and has played a vital role in its restoration as well.

ISLAMABAD - Defending the Sharif family, the ruling Pakistan Muslim League has rejected the report of a Joint ...

Ahsan Iqbal said that stance of PM Nawaz’s opponents was turned into a report and that the political party rejects the case made by the probe committee.

He accuesed the team to have attempted to favour opposition parties with the report.

"Opposition wants to hinder the progress that Pakistan was making.The incumbent government steered the country out of crisis," he said.

The minister asserted that Balochistan was streamlined into national agenda of progress while peace was restored in Karachi.

The planning and development minister held JIT report a ‘sit-in number three’ and added that it would fail like the first two.

Barrister Zafarullah Khan, also speaking in the press conference, said: “It is not a JIT report, its a PTI report.”

“Four out of the six members of the JIT had no prior experience in handling legal investigations,” he added, which undermined its credibility.