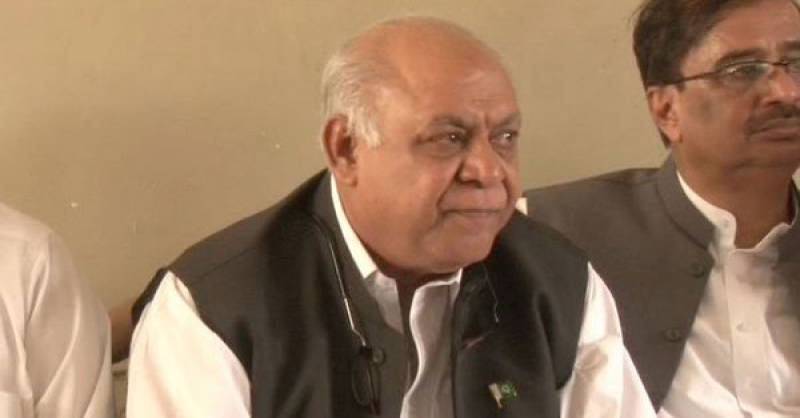 ISLAMABAD – An opposition alliance in Upper House of the Parliament Thursday nominated a joint candidate for the slot of Chairman Senate after they submitted a no-confidence motion against sitting Chairman Muhammad Sadiq Sanjrani two days ago.

Addressing a news conference here, Chairman Rahber Committee Akram Durrani along with other opposition parties' members formally announced that Hasil Bizenjo of the National Party would be their unanimous candidate for the seat of Chairman Senate.

He claimed that the opposition parties were already in a position to easily secure the Senate chairmanship, however, they would approach other Senators to muster support for their candidate.

The decision was taken in a meeting of the committee that was held under the chairmanship of Khyber Pakhtunkhwa Assembly Opposition Leader Akram Khan Durrani in Islamabad. The meeting was attended by opposition leaders, including Shahid Khaqan Abbasi, Farhatullah Babar, Nayyar Bukhari, Usman Kakar and Ahsan Iqbal amongst others.