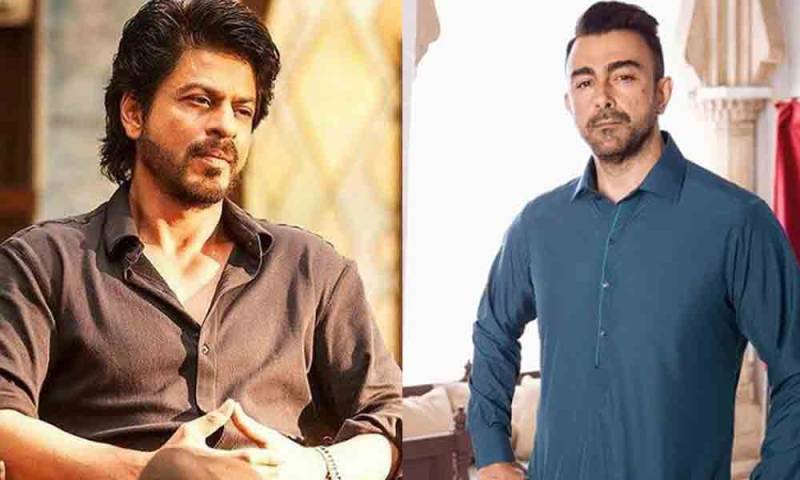 LAHORE- Veteran Pakistani actor, Shaan Shahid is known to be very vocal on social media. He doesn’t hold back or mind sharing his opinion with the public.

Now, the Waar actor has dropped another bomb, this one targeting Shahrukh Khan’s upcoming Lion King which is only a Hindi-dubbed version of the iconic animated film.

It was announced 2 weeks ago that SRK would be dubbing Mufasa in the upcoming reboot. He recently posted a snippet of the movie featuring his son Aryan Khan on twitter.

While most people chimed in with love and support, Shaan seems to be upset about it. He has requested King Khan to change his vocal expression for the dubbing he shall be doing for the animated movie.

Shaan took to Twitter to express his anger, saying, "Please don't destroy an iconic film with Hindi dub. No difference in Shah Rukh's voice, it's like any other voice over he does for his films. At least change your voice expression for a lion's dub."

Pls don’t destroy an iconic film with Hindi dub .. no difference in shahrukhs voice it is like any other V/O he does for his films . At least change your voice expression for a lions dub.

He adds, "James Earl Jones must be laughing. What Shah Rukh failed to understand if that the characters in the film are sketched according to the dubbing artists facial expressions... if you see Simba he resembles Matthew Brodrick."

James Earl Jones is the iconic voice of Mufasa, both in the original and the remake.

James Earl Jones must be laughing.. what Shahrukh failed to understand if that the characters in the film are sketched according to the dubbing artists facial expressions .. if you see simba he resembles Matthew brodrick

Seems like Shaan isn't clear about who will be dubbing whom. He attempts to criticize Simba’s voice, that’s voiced by Aryan, but he’s bringing in James Earl Jones, who was the voice of Mufasa. Confused much?

Soon after his comment, Shaan was immediately targeted by people, insinuating that he's only saying all this out of jealousy.

What you know about @iamsrk?
Just keep silent & jealous with his success. Why are you getting jealous? Because you didn't get any chance from Hollywood?
RIP SRK HATERS😎😏

First of all THIS IS NOT SHAHRUKH'S VOICE.
Second of all AAP MAT DEKHNA.
THIRD OF ALL WE ARE LOVING THIS.
PERIOD.

Come on mr shan I respect u as u r our biggest star. U r the star of pakistan . But plz don't criticize other's work. They are doing a brilliant job. And u should concern on your films. U have also given pathetic films like opertion 021 yalqaar arth 2.

‘The Lion King’ is scheduled to be released on July 19 in English, Hindi, Tamil and Telugu.