Six of a family killed in mud sliding in Swat 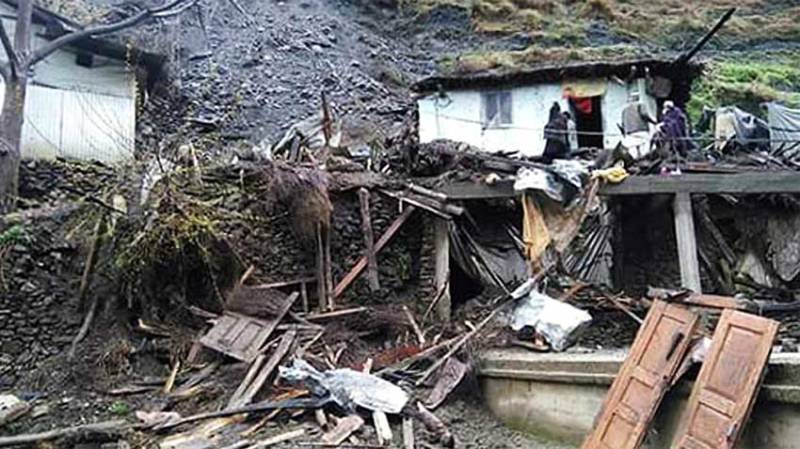 SWAT - Six members of a family people were killed when their house destroyed due to mud sliding in Battan area of Kalam in Swat early on Thursday morning.

According to details, the incident occurred when all the residents were inside the house. The mud avalanche caved in on the house, entrapping the residents under the rubble.

According to Rescue sources, the dead include five women and a child, while one person got injured in the incident.

The rescue teams arrived at the scene and shifted the victims to hospital for medical and legal formalities.