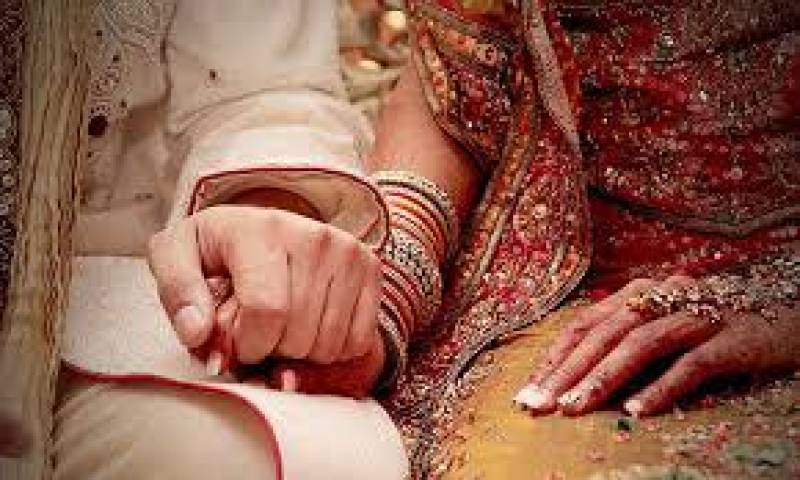 LAHORE - A number of parliamentarians from two major political parties resolved to support increasing the minimum age of marriage for girls in Punjab from 16 to 18 years. A relevant amendment act is pending in the Punjab Assembly whereas the province of Sindh has taken the lead and approved amendment legislation back on 28 Feb 2013.

This was briefed during a Webinar discussion with parliamentarian on “ending child marriage in Punjab.” Bargad a leading youth development organization held the Webinar in which the panelists included MNA Romina Khurshid Alam and members of provincial assembly (MPAs) Sadia Sohail Rana, Sumaira Bukhari, BushraAnjum Butt, Raheela Khadim Hussain, and Muneebul Haq participated. Representatives of media and civil society and youth organizations also attended the meeting. Noor Imran moderated its proceedings with Salma Butt who was a resource person for the Webinar.

MNA Romina Khurshid Alam said that child marriages deprive girls of the right to education and are an obstacle in nurturing educated, healthy and prosperous families. She appreciated the role of Bargad in formulating the youth policies with all four provincial governments and stressed the role of the policy in curbing child marriage. She also appreciated efforts of civil society and said that child marriage is a source of prolonging the cycle of poverty especially in rural areas and Pakistan has already one of the highest malnutrition burdens in the world. Stunting, wasting, and micronutrient deficiencies are endemic in the country.

MPA Sadia Sohail Rana told that the government is determined to pursue this progressive legislation and it’s only a matter of time that Punjab will set a minimum age of marriage for girls at 18 years. She also stressed the fact that this revision is an absolute need because of the high maternal and neonatal mortality rate in Pakistan. In Pakistan, Pregnancy and childbirth-related complications are the main causes of death for mothers aged 15 to 19. Maternal mortality for females under age 20 is 242 deaths for every 100,000 births. 116 children under one year of age die for 1,000 births by women under age 20 (PDHS 2006-7) versus 75 per 1,000 for the children of women who give birth between the ages of 20 to 29.

MPA Sumaira Bukhari said that women parliamentarians from all political parties are united on the issue of child marriage. We will ensure that obsolete laws are revoked so that girls and families actively participate in the development of the nation. She also proposed dedicating a day in the Punjab Assembly to discuss this issue and move the legislation forward.

MPA Bushra Anjum Butt said that we need to include women in the economy and social development. We have to abandon harmful customary practices to girls and increase the minimum marriage age. She agreed with her fellow legislators and also emphasized on how a girl loses her childhood when married and has to be responsible for so many other new relationships that her mind is not yet matured for. She also suggested increasing the role of local bodies in the implementation of this law as Union Councils have direct interaction with the community.

MPA Raheela Khadim said as many as 21% of girls are married before the age of 18 years and 3% before the age of 15 years in Pakistan. We need to change this culture in the light of teachings and practices of Quaid-e-Azam Muhammad Ali Jinnah who even called child marriage a ‘social evil’. She suggested the inclusion of the clergy in the debate and said that they can help to create awareness about this evil with a wider reach.

MPA MuneebulHaq added that this is not just a women’s issue and as a male MPA he will support this legislation in the Assembly and in the media and will do whatever is required for this amendment.

The parliamentarians were also presented with results of an online petition initiated by a 14 years girl. Around 7500 persons have endorsed this petition so far asking the parliamentarians to increase the minimum age of marriage for girls in Punjab from 16 to 18 years. She aims to collect 50,000 signatures before presenting this to the Punjab Assembly.