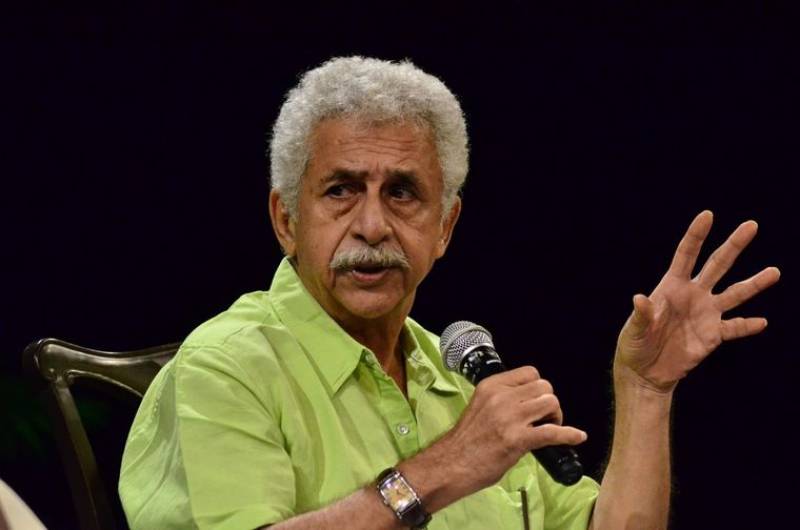 INDIA (Web Desk) - Renowned actor and performer Naseeruddin Shah has said that Indian actors have always “been dying” to go to Hollywood just like “Pakistani actors are dying to come to India.”

In an interview with Hindustan Times, the screen idol said that Irfan Khan, Deepika Padukone and Priyanka Chopra have taken on Hollywood projects but their new found glory won’t last for long.

“Pakistani people consider Bollywood to be the ultimate! I go there and they say ‘waah kya films banai hai (Wao, what a great film),” he added.

The ever amusing Naseeruddin Shah who himself starred in Hollywood film "The League of Extraordinary Gentlemen" apparently criticized the drove of actors aiming to enter into Hollywood.

“These people who are tom-tomming their entry into Hollywood are all going to come back very soon. Because Hollywood has no place for an Asian to play a lead. It’s a one-off thing,” Naseer added.

It is relevant to mention that several Pakistani actors have tried their luck in Bollywood including Imran Abbas, Humaima Malik, Mawra Hocane, Javed Sheikh, Salman Shahid, Adnan Shah Tipu, Zeba Bakhtiyar and Mikal Zulfiqar but only Fawad Khan and Ali Zafar were lucky enough to be successful.