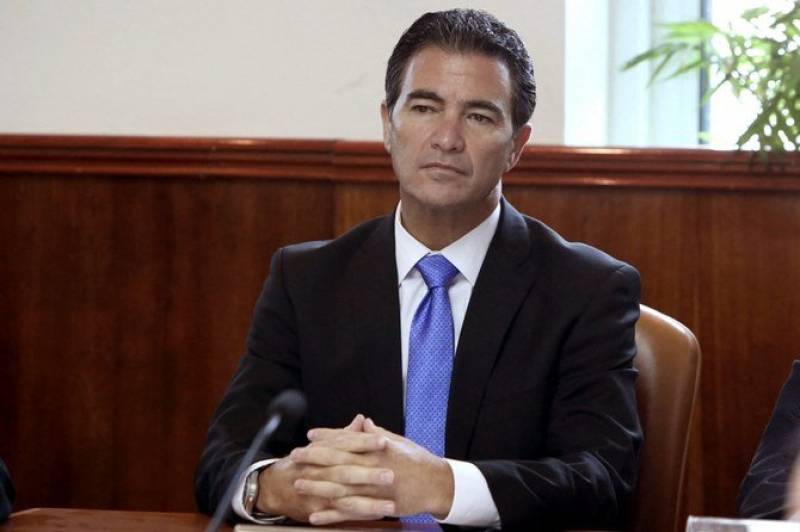 Yossi Cohen, the outgoing head of the Israeli intelligence agency Mossad, has given an interview about his country's operations against Iran.

Cohen, who retired as head of Mossad last week, spoke to journalist Ilan Dayan on Channel 12's Uvda documentary programme, which was broadcast on Israeli television on Thursday night.

Giving details about the theft of Iran's nuclear archive, he said the warehouse raid in 2018 ferried tens of thousands of documents out of the country to Israel. He hinted at Israeli involvement in the destruction of Iran's nuclear facility at Natanz, and the assassination of a nuclear scientist.

In July 2020, a mysterious explosion tore apart Natanz’s advanced centrifuge assembly, which Iran later blamed on Israel. Then in April of this year, another blast tore apart one of its underground enrichment halls.

Discussing Natanz, the interviewer asked Cohen where he’d take them if they could travel there, he said “to the cellar” where “the centrifuges used to spin.”

“It doesn’t look like it used to look,” he added.

TEHRAN – Iran's atomic energy organisation on Sunday said that the Natanz nuclear facility was hit by a terrorist ...

Cohen did not directly claim the attacks, but his specificity offered the closest acknowledgement yet of an Israeli hand in the attacks. The interviewer, journalist Ilan Dayan, also seemingly offered a detailed description in a voiceover of how Israel snuck the explosives into Natanz’s underground halls.

Israeli Prime Minister Benjamin Netanyahu appointed Cohen as Mossad chief in late 2015. He joined the agency in 1982 after studying at university in London, and told the programme he had "hundreds" of passports throughout his career.

The most revelatory moments in the interview were about the theft of Iran's nuclear archive.

Netanyahu revealed the stolen files at a press conference in 2018, which he said proved Iran once covertly tried to make nuclear weapons and had secretly retained the know-how - an allegation Iran denied.

BEIJING/TEHRAN – The Chinese and Iranian foreign ministers Saturday inked a 25-year cooperation accord marking a ...