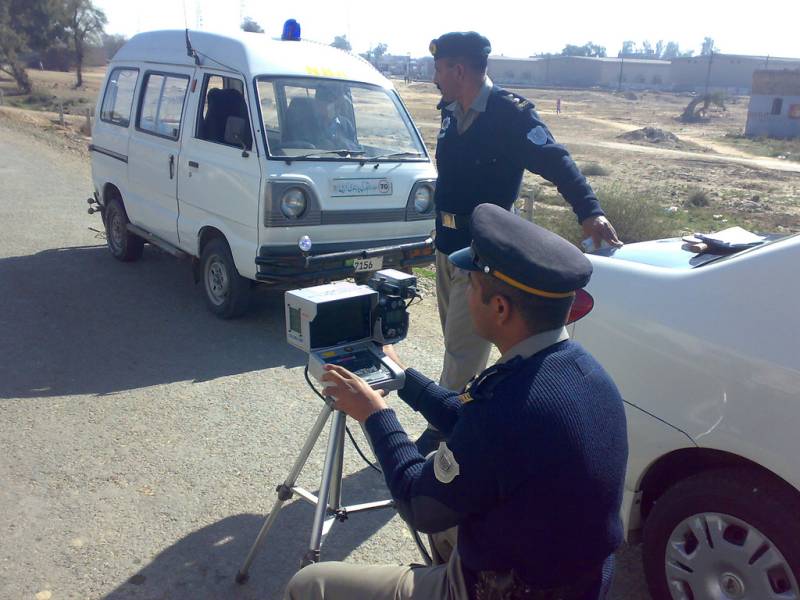 Briefing National Assembly Standing Committee on Communication which met with Sufyan Yusuf in the chair, the IG(MP&NH) said motorway police had been equipped with 50 cameras to monitor vehicles' speed on motorway during night which would help minimize chances of accidents.

However, he added, since the devices were sophisticated, the wardens were being trained to make them conversant with the new technology.

He added 291 tracking-system installed vehicles were at the disposal of the motorway police and they had been directed not to pulled up for more than 30 minutes at any point to keep patrolling all along to facilitate commuters.

He also underlined the need for the government to provide assistance for establishing training colleges across the country to impart training to more wardens in line with present day's requirements.

The committee also recommended for ministry of communication to hold meeting with Federal Public Service Commission (FPSC) to expedite recruitment process which had been dragging on for long in order to provide adequate workforce soon to the motorway.

The committee further recommended that priority should be given to the training colleges in Balochistan and Sindh while existing training facilities should be renovated either in Peshawar or at other part of the country.

The committee also underlined the need to educate regarding road safety measures and called for better rescue and ambulance operational facilities to minimize the rate of causalities due to accidents.

Secretary Ministry of Communication Khalid Masood said since establishment of hospitals or trauma centers along with highways fell under the remit Ministry of Health or provincial governments, his ministry would take up with issue with them.

he committee said chief secretaries of provinces should be called for next meeting to evolve a solution in this regard and build hospitals to effectively respond to emergency or accidents on highways or motorways.

Chairman National Highway Authority Shahid Ashraf Tarar briefed the committee about Takht Bai over-head bridge, saying so far over 53 percent progress had been achieved on flyover with total project progress of over 39 percent.

He said he had directed to complete work on the project within stipulated period of time. However, he added there had been some delays due to various reasons when local demanded additional extension of bridge of 11 spans towards Malakand side and an underpass towards Mardan side to accommodate crossing facilities under the bridge for commercial activities.

He said the demanded was supported by KP government and their local elected representatives. Senate Standing Committee for Communication also directed NHA to accommodate demands of the local people and the issue was resolved. However, he added some of work activities suspended for 12 months.

Secretary Ministry of Communication said there were three on-going projects of National Highway and Motorway Police with total approved cost of over Rs 804.873 million and upto June 2015 about 495.117 million had been spent upto June 2015.

Besides members of the committee, the meeting was attended by officials of all relevant departments and ministries.