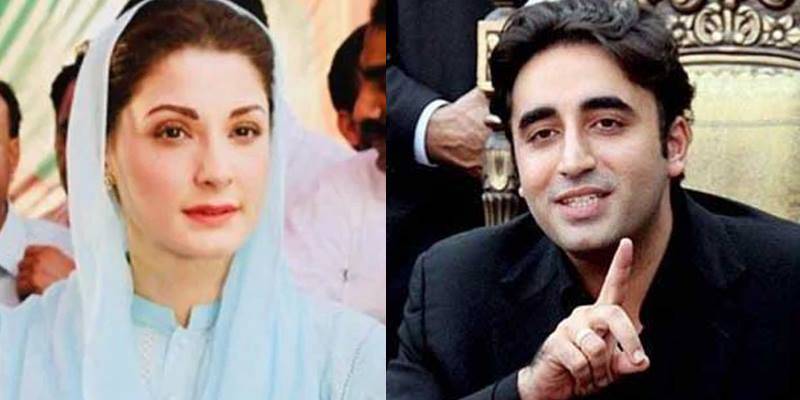 Thank you very much @BBhuttoZardari for your thoughtfulness & kind gesture. Means a lot to me. Prayers & every good wish. God bless ??

The daughter of former premier on Monday took to Twitter shortly after People’s Party (PPP) Chairman held meeting with PML-N chief, saying “Thank you very much Bilawal Bhutto Zardari for your thoughtfulness & kind gesture. Means a lot to me. Prayers and every good wish. God bless.”

Bilawal has demanded of the govt that best medical treatment should be given to Nawaz Sharif as he was very sick and needed urgent treatment.

The PPP chairman was talking to the media after meeting the elder Sharif, who is suffering from a cardiac ailment, at Kot Lakhpat jail to inquire about his health.

The meeting continued for an hour between the two leaders in the room of assistant superintendent jail.