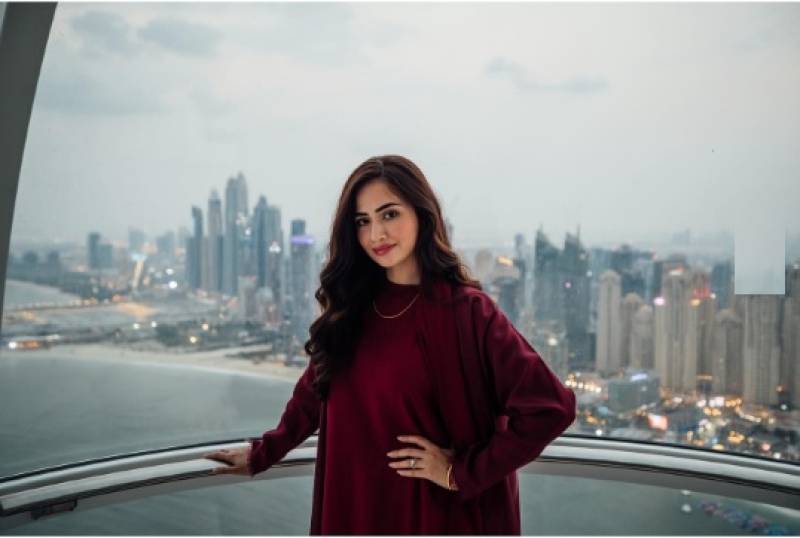 LAHORE – The ongoing saga between Lollywood diva Sana Javed and model Manal Saleem has taken a new turn with the former sending a defamation notice of Rs100 million to latter over running a smear campaign against her.

Javed shared a copy of the legal notice on Instagram after Saleem accused of being rude at a shoot. The model took to social media and requested all ‘clients’ not to work with the actresses or celebrities anymore. “With their self-entitled attitudes, they think we are ‘do takay ki model. Hum bhi kam krne atay hain, muft main zaleel honay nahi atay.”

Now, Sana Javed has decided to not keep silent on the matter as she has send defamation notice to the model for running a “planned” smear campaign against her.

“In the past 72 hours I've been subjected to all sorts of lies and fabricated stories, bullying, hate speech and threats,” the Dunk actor wrote on Instagram.

“A proper planned smear campaign has been initiated against me by a group of individuals, that has caused severe trauma not only to me but to my family. I'm shocked to see how toxic people can be and how quickly everyone jumps on a bandwagon without knowing all the facts. As far as the incident is concerned everyone knows one side of the story and I refuse to comment and discuss what was said and done by the other party as its beyond disgusting and disgraceful to even mention here.

“I've decided to take this matter forward with the legal authorities. I love my work and hold it in the highest regards and throughout my career I've tried my best to hold my ground and my integrity by giving utmost respect to my collegues and peers and expected the same in return. Saying that, now this matter is with the legal authorities and I will be pursuing all legal options against this group of people. I would like to thank my friends and fans who stood by me and did not believe in such fabricated stories. You are my strength and we will see this through. May the truth prevail. Aameen,” she concluded.

The legal notice said that insinuations made by “you [Manal Salmme] against our client's being frivolous, vexatious, tainted with ulterior motives are nothing but an attempt to achieve publicity at the cost of our client's reputation”.

Manal Saleem has been asked to retract her publication and circulation immediately and tender unconditional public apology in the same manner as it was published/posted within 14 days to avoid further legal action.

“You are also liable to pay Rs 100 million as damages for the loss and damage to our client’s reputation, mental agony, torture and suffering,” read the notice sent Sana Javed through her lawyer Waleed Khanzada.

Lollywood diva Sana Javed rose to the pinnacle of fame with her drop-dead gorgeous looks and memorable performances in ...