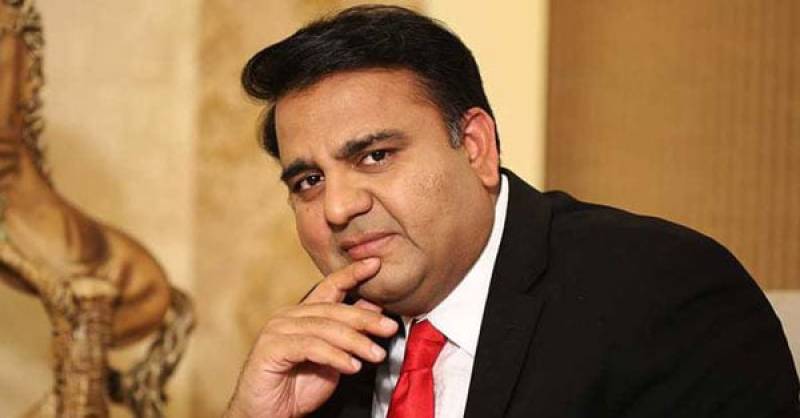 The Federal Minister for Information and Broadcasting Fawad Chaudhry wants to change some parts of the state emblem of Pakistan which is the shield containing the national motto.

But as soon as his tweet went viral, netizens were quick to share their two cents where the majority was not on board with the idea.

Chaudhry who previously held the office of federal minister for science and technology from April 19, 2019, to April 16, 2021, still holds a soft corner for science in his heart and it reflects in his thought process.

Turning to his social media handle, the minister suggested the change and wrote, "In [the] government of Pakistan logo my suggestion is jute and tea should be replaced with science snd technology, and education icons," he posted on Twitter, asking graphic designers to send him their ideas and expecting a whole lot of suggestions in return.

In Government of Pakistan logo my suggestion is Jute and Tea should be replaced with Science & Technology and education icons, graphic designers there send me your ideas.... pic.twitter.com/l0hJJ73pV5

Spreading like wildfire, the response was hilarious as it created an uproar. First and foremost, netizens schooled him saying there was a difference between a logo and an emblem, and he was talking about the latter in this case.

Others were of the view that there are other matters that require urgent attention rather than a contemplation on the design of the emblem.

The quartered shield in the emblem represents cotton, wheat, tea and jute, which were Pakistan's major crops during the time of independence, and are shown in a form of a shield.

The crest and the green colour of the emblem are traditional symbols of Islam, while the shield contains the national motto in Urdu translated as 'Faith, Unity, Discipline'.