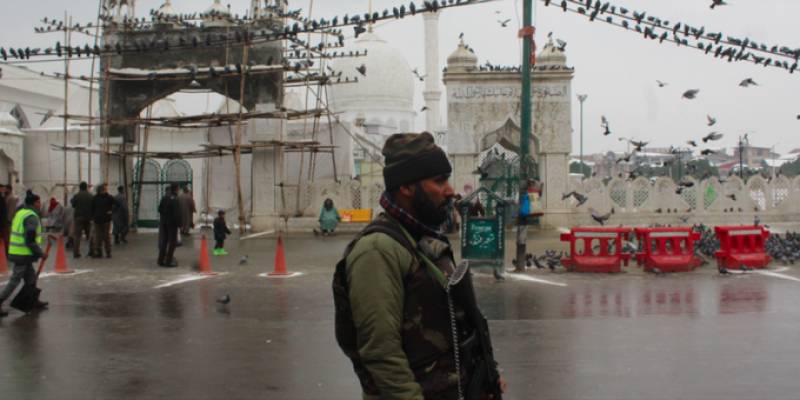 SRINAGAR – Indian troops have martyred two youth during a fake encounter in Lawdara area of Bandipora district of Occupied Kashmir.

One youth was killed yesterday, while the other was martyred early on Monday morning, during the operation in the area.

Restrictions and ban on prepaid phone, SMS and internet services remain enforced. As a mark of silent protest, people continue to keep their shops closed except for a brief period and stay away from schools and offices. Public transport is also off the roads, the Kashmir Media Service reported.

Due to clampdown, the hospitals continue to face shortage of life-saving drugs in the occupied territory. Reports said that life-saving drugs for diabetes, heart and cancer patients are short in the Kashmir Valley.

Meanwhile, Tamil Nadu’s main opposition party, the Dravida Munnetra Kazhagam, through a resolution adopted at its general council meet in Chennai, slammed the Indian government for turning IOK into a huge prison, and asked New Delhi to respect the sensitivities of the people of the territory. The DMK condemned New Delhi for its 5th August’s action.

The Kashmir dispute, against the backdrop of revocation of Jammu and Kashmir’s special status by the Indian government, has also found its way into the General Election campaign in the United Kingdom.

Social media messages and chat groups are being used by the Kashmiri diaspora to influence voters.

Tanmanjeet Singh Dhesi, the first turbaned Sikh, who was elected to the UK Parliament in the 2017, says that the Labour Party accepts that Kashmir is a disputed territory and the people of Kashmir should be given the right of self-determination in accordance with UN resolutions.