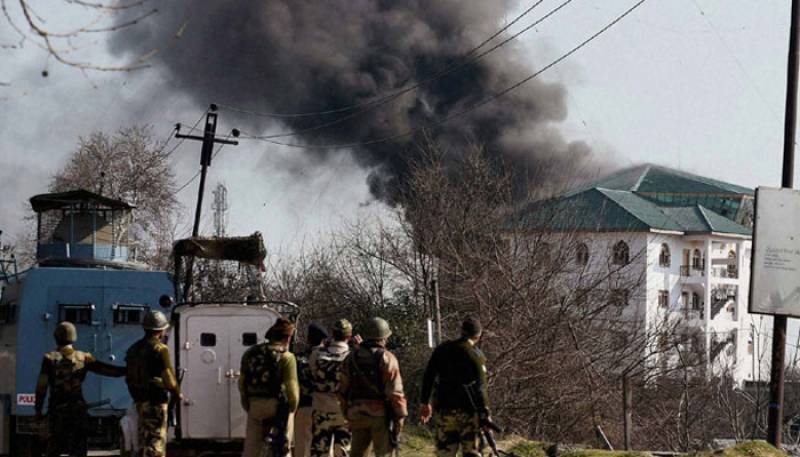 SRINAGAR - A group of militants have attacked a convoy of paramilitary personnel in occupied Kashmir's Shopian, in which a security personnel and seven civilians have been injured. India media reported.

As per details by NDTV, the militants threw a grenade at the convoy inside Shopian town. Eyewitnesses said the grenade missed its target and exploded on the road. The injuries were mostly minor, the eyewitnesses said.

The attack comes amid the ongoing encounter with a group of 'militants' who have holed up inside a government institute in Pampore. That encounter -- which started on Monday morning -- is on its second day. Officials said the encounter has stretched on because the building offers a "bunker-like" protection to the terrorists, NDTV reported.