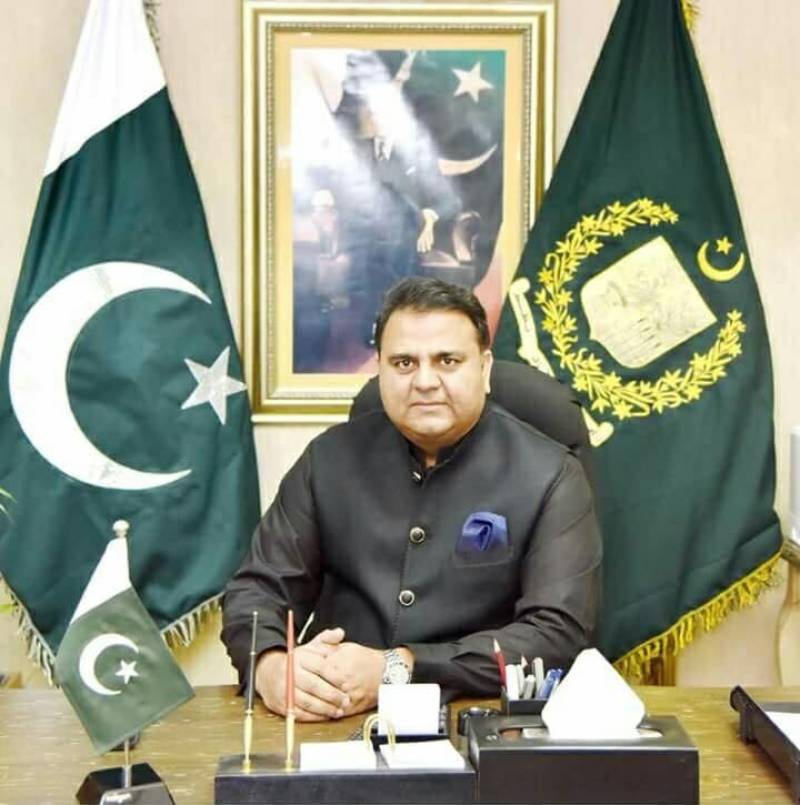 ISLAMABAD - Federal Minister for Information and Broadcasting, Fawad Chaud­hry warned on Wednesday that bureaucrats should either work for implementation of policies and agenda of the Pakistan Tehreek-i-Insaf (PTI) government or be ready to go home.

Talking to reporters outside the Parliament House, the minister said that it was not the job of bureaucrats to formulate policies, saying the prime minister has given a clear message to the bureaucracy.

'Those having differences with our policies can get themselves separated from the government, the minister said, as he defended the move to remove Punjab Inspector General, Muhammad Tahir.

The lawmaker also took aim at the Election Commission of Pakistan for suspending the government’s notification regarding appointment of Amjad Saleemi terming the ECP’s stay order 'illegal'.

LAHORE - The Establishment Division on Wednesday asked the Election Commission of Pakistan (ECP) to withdraw a ...

'The government had removed the Punjab IGP after he failed to show progress on the directives of the prime minister in connection with the Model Town killings case despite a passage of 10 days.,' claimed the minister.

'PTI enjoyed people’s mandate and since there was a parliamentary system in the country, the bureaucrats were bound to respect the elected representatives,' Chaudhry said.

He highlighted that the bureaucrats had developed some personal affiliations over the years.

The minister also criticised the opposition's stance on the arrest of Shehbaz Sharif by the National Accountability Bureau (NAB) adding that cases against Shahbaz Sharif had not been initiated by the PTI government.