Anti-India demos in Jammu & Kashmir on 68th day of lockdown 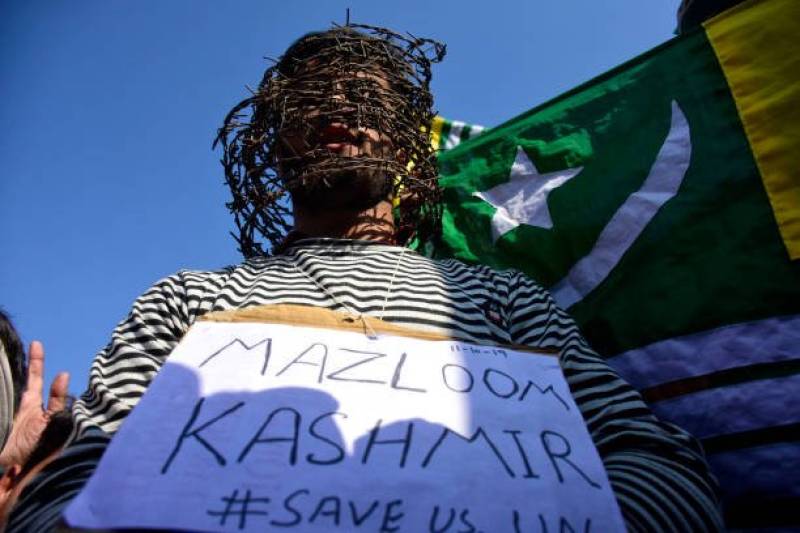 SRINAGAR – People of the occupied Kashmir held forceful demonstrations in different areas on Friday to register their protest against the Indian occupation and repeal of special status of the territory by India.

As the Jumma congregational prayers culminated, people took to the streets in Srinagar, Badgam, Ganderbal, Islamabad, Pulwama, Kulgam, Shopian, Bandipora, Baramulla, Kupwara and other areas of the occupied territory and raised high-pitched pro-freedom and anti-India slogans.

The protesters at several places were subjected to brute force by Indian police and troops. Many demonstrators sustained injuries in the brutal actions of forces’ personnel, according to Kashmir Media Service. The authorities did not allow people to offer Jumma prayers at Srinagar’s historic Jamia Masjid and many other major mosques or shrines in the Kashmir Valley for the 10th consecutive week since 5th August.

Vowing to continue their freedom struggle despite all odds, they thanked Pakistani people and Prime Minister Imran Khan for supporting their just cause and expressing solidarity with them.

In Pakistan's capital Islamabad, the All Parties Hurriyat Conference Azad Jammu and Kashmir chapter held a protest demonstration outside the UN office against the continued lockdown and communications blockade imposed by India in occupied Kashmir. A memorandum addressed to the UN Secretary General was presented to the office.

Mobile and internet services and TV channels continue to remain shut in Kashmir valley and Muslim majority areas of Jammu region. News portals are in off-line mode in occupied Kashmir for the past over two months due to continued closure of internet services. Scores of websites from the occupied territory have last been updated in the early hours of August 5 and till date these portals have frozen. Even newspapers are not able to update their websites.