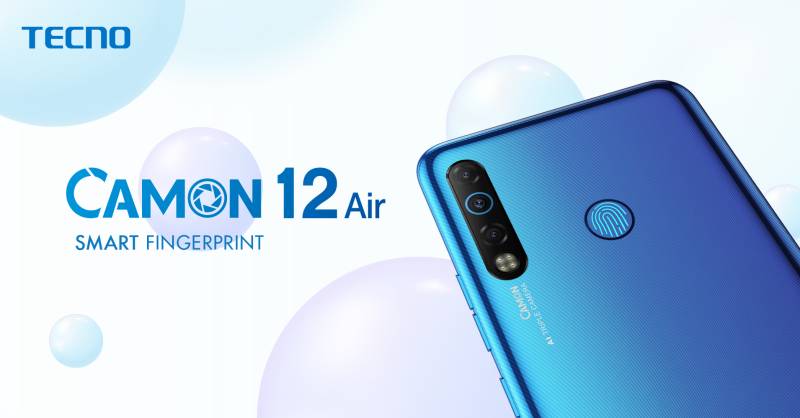 TECNO is gearing up to bring its upcoming mid-range phone, Camon 12 Air in October. Camon 12 Air is one of the first budget smartphones with revolutionary Punch hole screen to target the youth.

Some of the tech influencers have leaked a few of the remarkable features of this phone.

The most interesting part of this smartphone is its mega screen, the device does not only have a Punch hole display but also have a 6.55-inch big display and features Al triple cameras (16 MP + 5 MP + 2 MP). 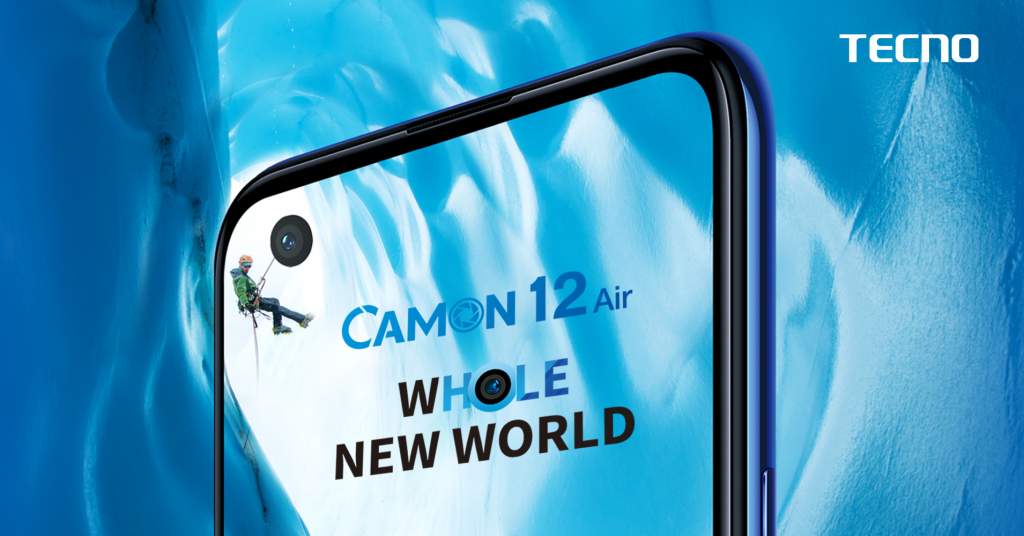 This device is equipped with powerful MT 6765 Octa-core Processor with 4GB RAM and 64 GB of internal storage.

Camon 12 Air will be launching in two ironic vibrant colours: baby blue and royal purple.  Few of other features this device is equipped with is that the phone answers with gestures which are a rarity to find in midrange android phones. 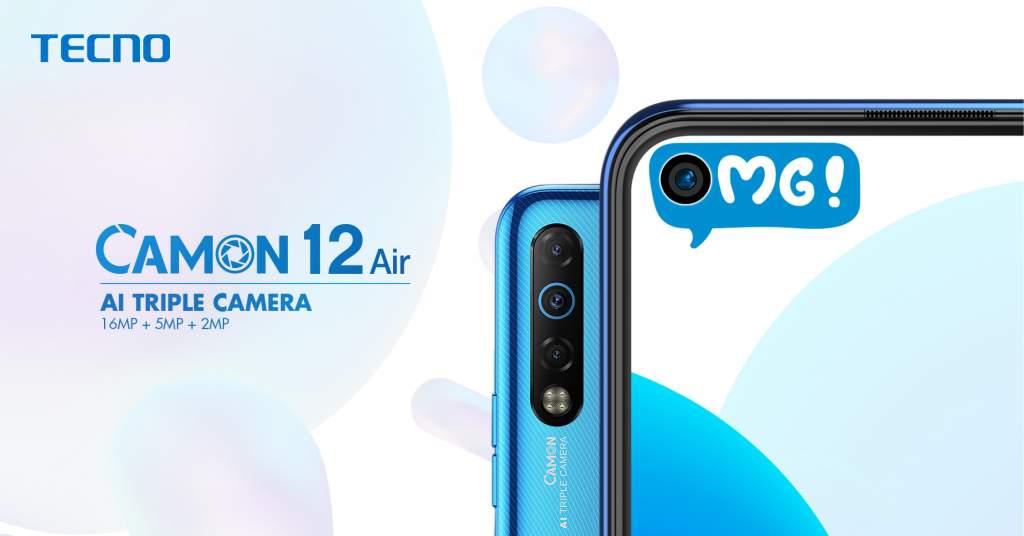 Also, an ultra-wide mode used for picture and videos, this feature is only available in high-end phones. Other exciting features that the phone is rumoured to have is fingerprint to Record call, Hide app, switch to WhatsApp mode and many more. 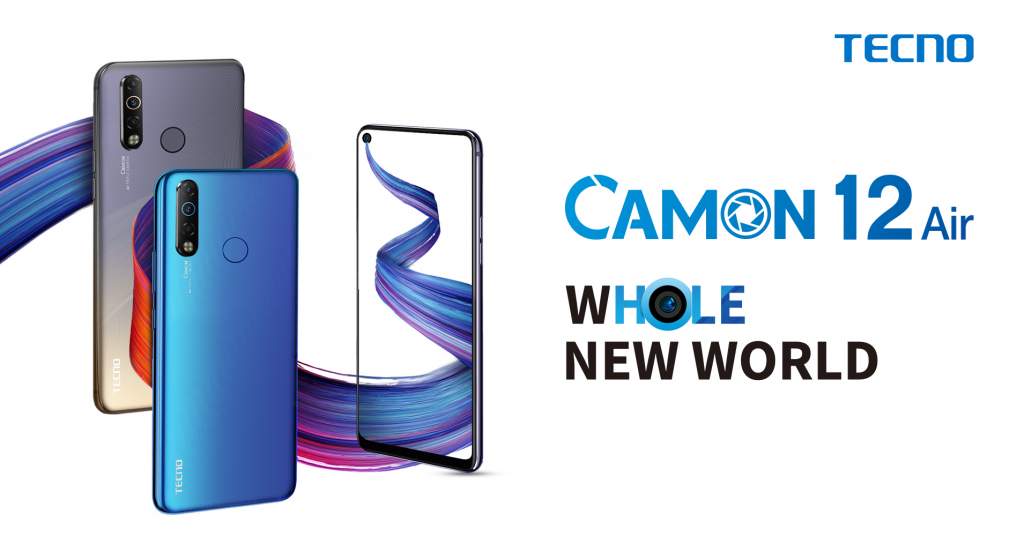 By looking at the above specs, it could be perceived that TECNO Camon 12 Air will also be the user’s favourite device of the year 2019. It is an accomplishment that Smartphone manufacturers now are giving good upgrades to every smartphone they produce.