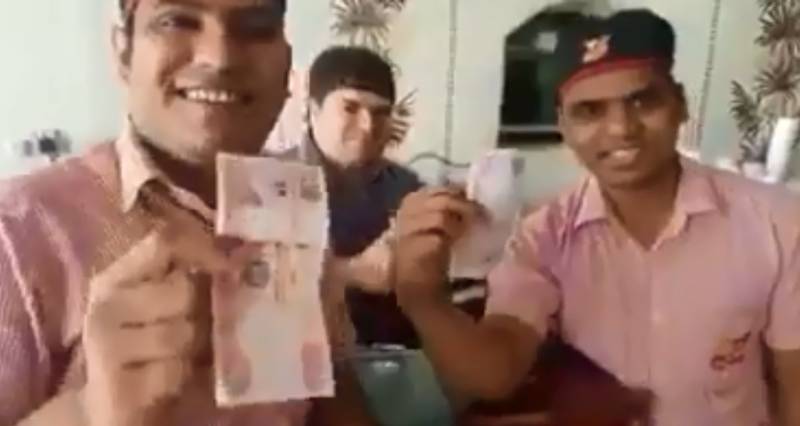 LAHORE - In what can be termed an effort to relax ties between two neighbouring countries, Indian expatriates have contributed funds for construction of dams in Pakistan.

Two Indian nationals, who apparently work in the United Arab Emirates, handed over the amount to Pakistani expats for depositing it to Supreme Court of Pakistan's "Diamer Basha And Mohmand Dam Fund," shows a video circulating on Twitter.

The contribution of the foreign national comes after Prime Minister Imran Khan appealed to the Pakistanis living abroad to contribute to dams fund, assuring the nation that he would protect the public money.

In his second address to the nation, PM Khan said he has been receiving presentations for the last two weeks on the looming crisis of water in the South Asian country.