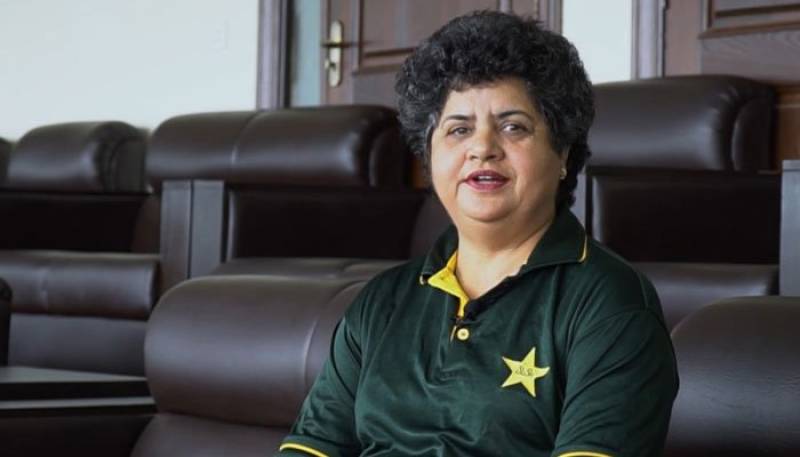 LAHORE – Pakistan’s first-ever female umpire Humaira Farrukh is confident on making a big name for the country in future, saying she wants to emulate to Aleem Dar.

Humaira, who had officiated in more than 170 matches at different levels, said she was confident of making a big name and inspiring other umpires.

“I want to emulate Aleem Dar and I also look up to Ahsan Raza. More female umpires would emerge as more women games were taking place in the present Pakistan Cricket Board (PCB) set-up,” she said in a statement issued here.

The PCB has made a concerted effort to promote the game which has resulted in some inspired results this year. After beating West Indies for the first time ever in an ODI series, the women in green squared the ODI series against South Africa in their own backyard.

Humaira has a rich experience of playing and administrating sport. She has represented the national hockey team and has worked as a sports administrator for the past 28 years.

Currently working as a Director Sports at Lahore Garrison University, she is also pursuing her doctorate in sports sciences.

“In 2005, I heard PCB was setting up a women’s wing and I decided to pursue umpiring. I took part in the PCB Panel I and II umpiring courses and started my umpiring career. I am proud of the fact that I became the first female umpire in the country and since then eight more female umpires have emerged,” she said.

“Women were reluctant and not sure about umpiring opportunities but through PCB’s efforts, women cricket has become popular across the country and there are more opportunities in the field than before.

Gradually we will see more women entering the fray and that will only help in increasing the standard further,” she said.

Humaira, who is the only one in her family to pursue a career in sport said she owes her success to her mother. “When she used to play, women sport was restricted to college and university levels. But, in recent years' women sport, especially cricket, has become professional and PCB has played a vital role in that regard,” she said.