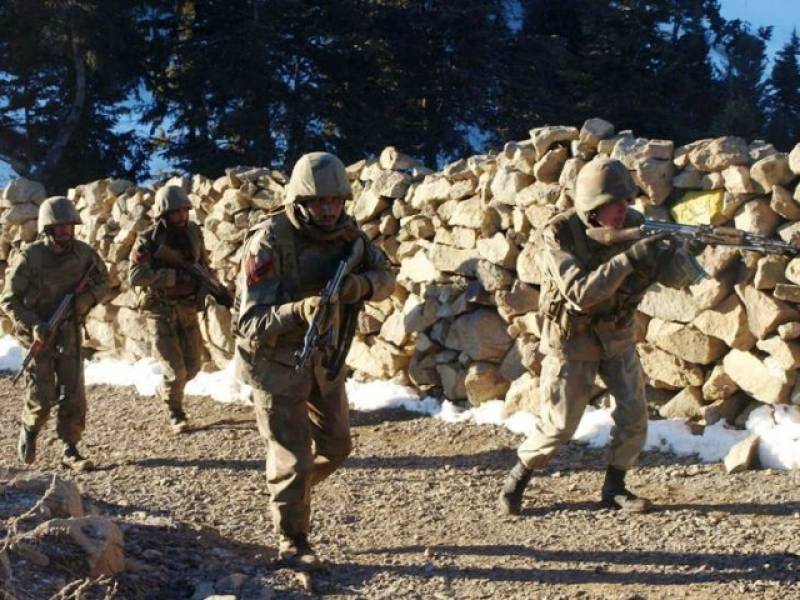 RAWALPINDI (Staff Report) – Security forces on Sunday killed as many as ten terrorists in Shonkrai area near Pak-Afghan border in Mohmand Agency while attempting to enter into Pakistan, said Inter-Services Public Relations (ISPR).

The forces exchanged fire with a group of fifteen militants on the border area, according to ISPR, the five terrorists ran away leaving behind the dead bodies of their associates.

“All ten bodies are now in the custody of armed forces,” claimed army spokesperson.

The spokesperson of Al-Qaeda’s South Asian branch had earlier confirmed the deaths of deputy chief Ahmad Farooq and commander Qari Imran in the United States drone attacks on January 15 and January 5 respectively.