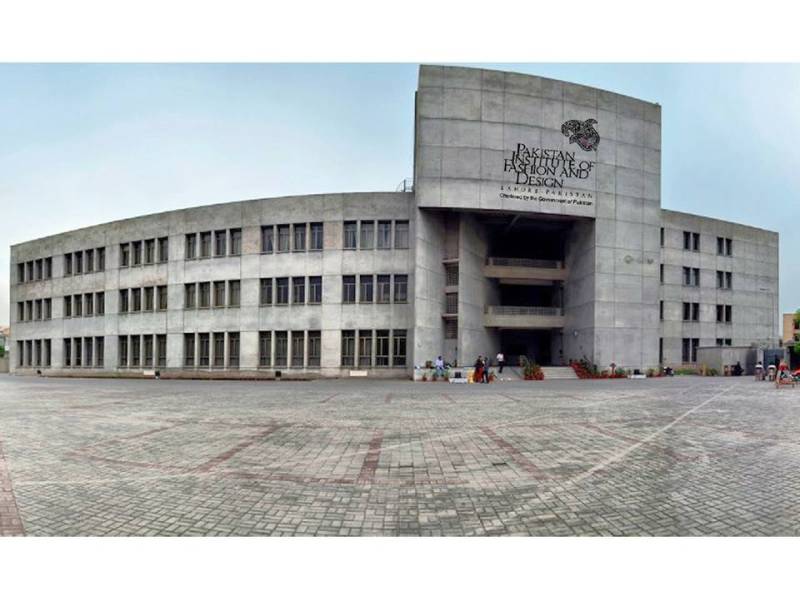 LAHORE: Female students from the Furniture Department at the Pakistan Institute of Fashion and Design have decided to take things into their own hands after both faculty members and their department's Vice Chancellor failed to address issues of harassment they faced.

A group of students protested against these injustices within their campus yesterday and videos of their protest were shared by the Progressive Students Collective's Facebook page;

Students of PIFD taking a stand against harassment on campus! here is brief summary of what happened on their campus:...

Although the institute and especially the Department of Furniture Design and Manufacture is currently one of the most well-known and prestigious universities in Lahore, there has been no work done by the administration to comply with or apply HEC recommended harassment policies. Furthermore there is no existing committee that can listen to student's issues regarding the constant harassment and intimidation they are facing within campus.

According to the PSC's post, several female students have written applications to their Vice Chancellor about a new faculty member, Sir Asif, taking photographs of them as they work, without their permission. However, this harassment has persisted as the Vice Chancellor, complicit in the entire situation has instead resorted to patronizing the students and even stating the most bizarre excuses such as the 'respect and reverence' their male teachers deserve.

The Vice Chancellor of PIFD, Professor. Hina Tayabba Khalil has even been accused of alleged nepotism by a federation of faculty members as she has appointed at least one of her own relatives without taking into consideration their credentials or even consulting with a board. Sir Asif himself, a fresh graduate from the institute along with another female faculty member have been reported to threaten and intimidate students currently doing their mini thesis and final thesis.

The administration has in turn decided to further harass the students by placing the blame on them. A complaint has been lodged against several students in their final year who had previously spoken up about these injustices, this has been done to attempt to silence the brave female students who chose to speak up against the harassment. A female student currently residing in a hostel has even been accused of vandalizing Sir Asif's residence even though she was abiding with her hostel's curfew timings at the time. Ever since the students have come together at the police station to address these complaints, some female students have even been receiving threatening phone calls.

The post also puts forward the student's demands of the Vice Chancellor to set up a proper investigative board to look into the matter and to ensure that HEC harassment guidelines are implemented in the campus. Furthermore, the students also demand that they are provided a safe space to discuss and voice out concerns regarding issues of harassment.