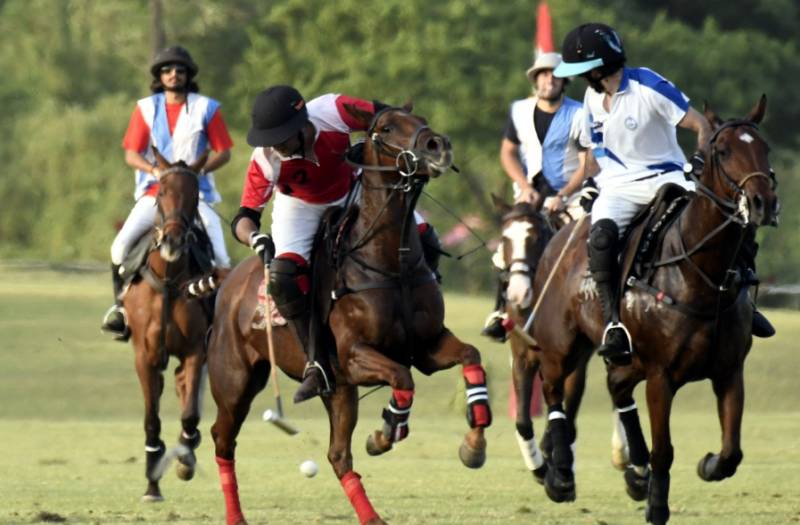 ISLAMABAD – Kalabagh/Shahtaj and BN Polo won the opening day match of the Islamabad Gladiators Trophy 2022 that commenced at the Islamabad Club Polo Ground on Tuesday.

The heroics of Asfandyar Khan and Raja Temur Nadeem helped Kalabagh/Shahtaj topple The Guards by 8-3 ½ in the first encounter of the opening day. Both Asfandyar Khan and Raja Temur were in sublime form as they not only displayed superb polo skills and techniques but also contributed with three tremendous goals each. Their teammates - Guy Gibrat and Osman Abrar - also made their presence felt by converting one goal apiece for the winning side.

From Team The Guards, which had a half goal handicap advantage, the only contribution came from their key player Mumtaz Abbas Niazi, who though impressed the spectators with his convincing hat-trick of goals yet his efforts proved futile in the end when his side lost the match by 3½-8.

The second encounter of the day proved a closely-contested one, where both the sides matched fire-with-fire till the end but Team BN Polo played better polo, thus defeating PAF/Jubilee Life Insurance by a close margin of 7-5. Foreign player Eulogio did magic with his mallet and pony as he fired in fabulous four goals in his team's triumph while Baber Naseem, while playing extremely well, converted a beautiful brace and Ahmed Ali Tiwana slammed in one goal.

Team PAF/Jubilee Life Insurance also fought well against the strong BN Polo but they couldn't finish well, this losing the opening encounter by 5-7. Sensational Hamza Mawaz Khan remained instrumental throughout the match as he thrashed in three tremendous goals for PAF/Jubilee Life Insurance while his teammate Syed Aun Muhammad Rizvi also excelled with his mallet and pony and banged in a brace but their poor finishing cost them the opening match by 5-7.

Tomorrow (Wednesday), two more matches will be contested as the first encounter will be played between Kalabagh and PAF/Jubilee Life Insurance at 3:15 pm while the second encounter of the day will be competed between The Guards and Team Asean at 3:45 pm.