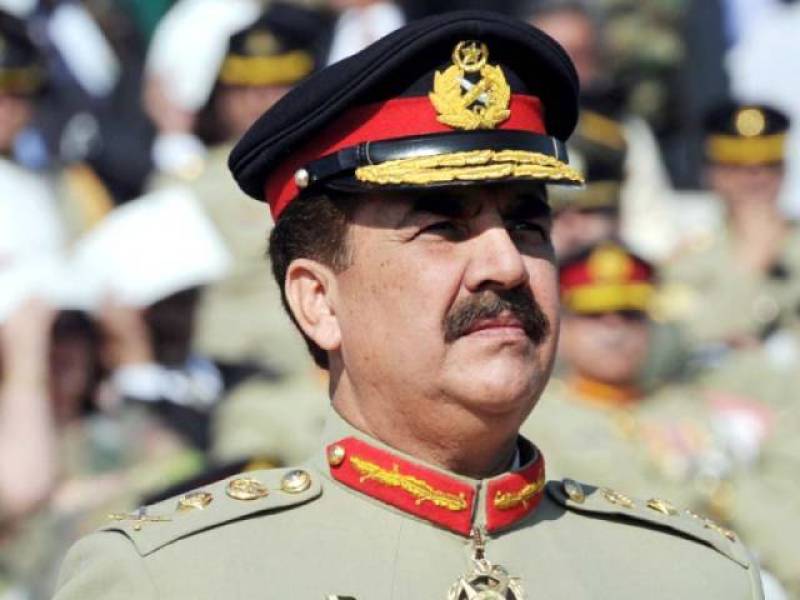 ISLAMABAD (News Desk) - While Prime Minister Nawaz Sharif has categorically refused to consider any proposal of extending the service of Chief of Army Staff General Raheel Sharif, the favourite general is now expected to be given an honorary slot of Field Marshal.

According to renowned journalist Arif Nizami, the prime minister has okayed the position for Raheel Sharif - who is also ready to continue serving the country at an alternative post - and an announcement to this effect will be made on September 6, if not August.

The senior journalist further said that he is still not sure about the possible role of Raheel Sharif as a Field Marshal, however, he will be part of the country's national security team hopefully.

Talking about the appointment of new Army Chief, Nizami was of the opinion that Raheel Sharif will play a key role in the selection of his successor and try that someone capable of continuing anti-terrorism operation with the same momentum is given the key role.

To a question, he responded: "While Prime Minister Nawaz Sharif was in London for his treatment, Punjab Chief Minister Shahbaz Sharif and Interior Minister Chaudhry Nisar Ali Khan visited him to convince him for an extension in the service of Raheel Sharif as Army Chief,however, he did not agree."

As far as the legal process to appoint a new Field Marshal is concerned, the journalist believes that there is no provision in the constitution for such an appointment, however, a constitutional amendment could be helpful to create the honorary position.

It is also worth mentioning here that former President General Ayub Khan was the only person to become a Field Marshal in Pakistan. He took over the position when he was both the Commander-in-Chief of Pakistan Army and President of Pakistan. Then the 1962 constitution was enforced in the country which granted extensive powers to the president.

Field Marshal is generally considered the highest military rank worldwide and is also known as five-star rank - as the appointee is the senior official of all sitting four-star generals. It is an honorary and non-retiring designation and a person may  continue working as Field Marshal even after he is retired from military service.

Globally, the great conquerors or the generals who command the forces of two or more countries in the battlefield are honoured with this position.