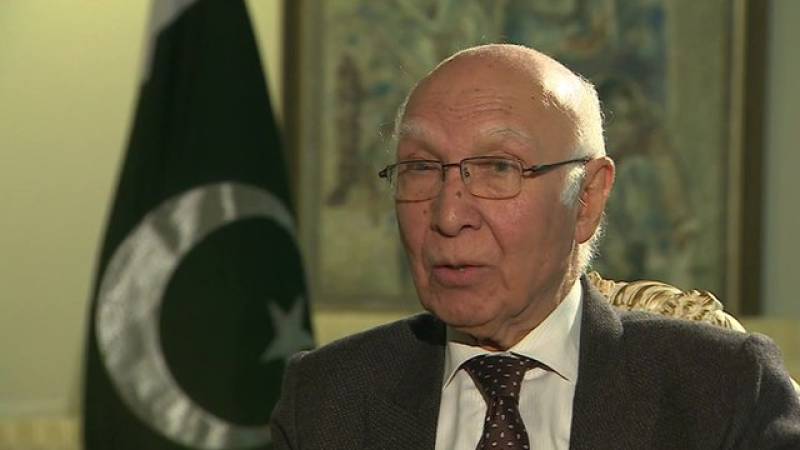 Briefing reporters in Islamabad on Friday, Adviser on Foreign Affairs Sartaj Aziz said Pakistan Foreign Secretary would be composing a missive to his Indian counterpart in this respect.

To a question, the Advisor said Kashmir would be on top of the agenda of Pakistan during the approaching session of the UN General Assembly.

Sartaj Aziz said Pakistan has written to the UN Human Rights Council on human rights violations and the Council has communicated to India that it wants to send a fact-finding mission to Occupied Kashmir.

About Indian involvement in insurgent actions in Pakistan, the Advisor said Pakistan has already partaken in a dossier on the matter with the world community and the UN.

He said the dossier would be updated before next UN General Assembly Session.

He said arrested RAW agent Kulbhushan Yadav is being investigated as he was not alone and was going through an elaborate network.

The Adviser said there is positive progress on the subject of Pakistan's membership in the Nuclear Suppliers' Group.