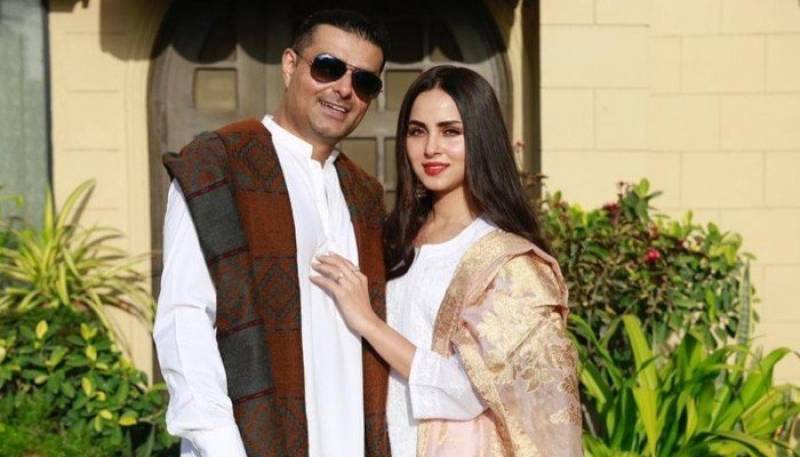 Nimra Khan's ex-husband Raja Azam has finally confirmed the rumours of divorce and the internet has deemed his way of announcing to be quite 'demeaning'.

Months ago speculation began that Nimra had allegedly separated from her husband after months of being married.

Despite her reluctance to comment on her relationship status in an appearance on Naumaan Ijaz’s talk show, it has now been confirmed.

In contrast to Nimra's silence on the matter, Raja Azam confirmed their divorce in a live session.  “We are divorced.” And in a rather derogatory manner, he goes on to announce that he “got rid of her” because “she was a headache.”

“I am old enough, I got rid of her, she was a headache, she was a proper headache,” he says in the live clip while smoking.

Earlier, Nimra had commented on the reasons for relationships failing nowadays. When asked about her husband, the actor became uncomfortable and requested for the matter to not be discussed.

The Mujhe Khuda Pay Yaqeen Hai star Nimra Khan has been hospitalised due to deteriorating health. The 30-year-old posted an appeal for prayers on her Instagram handle as she battles urethral stones.