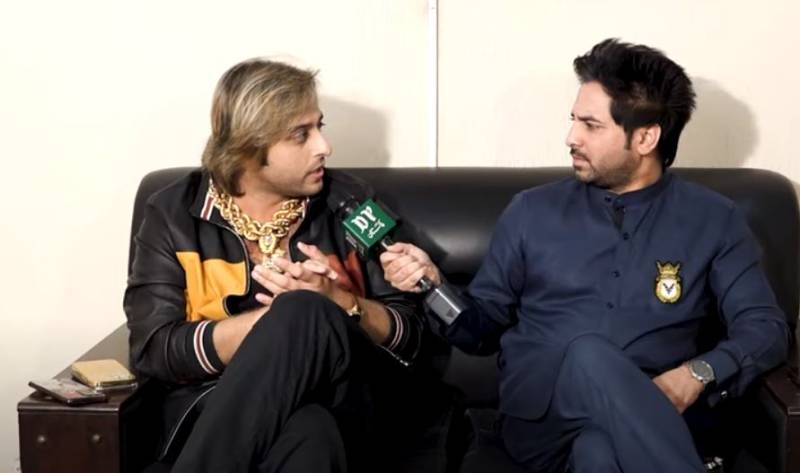 In an exclusive interview with Daily Pakistan days after he was freed from jail on bail after five-month-long detention, the golden-haired tiktoker claimed to still receive threats of harm to him. He, however, did not disclose the identity of persons issuing threats to him.

“Action is being taken against me for not taking the Turkish star to PM for a meeting after Punjab CM,” he claimed.

It is mentioned here that Engin Altan had a meeting with Punjab Chief Minister Usman Buzdar along with his host during his visit to Pakistan in 2019.

“I have approached authorities concerned for announcing Engin a state guest but I was asked to not invite him,” the tiktoker said, adding that he later invited the Ertugrul start to a private visit.

Talking about his fraud case, Zameer claimed that he got bail in the case as the foreign actor was not ready to pursue the case as “I haven’t done anything wrong with Engin”.

The Turkish star’s application, which is the basis of the FIR against him, only states that the agreement signed with Kashif Zameer is not being followed and there are no allegations of fraud, he said.

“If I had done anything wrong with him, he would have pursued the case against me,” the businessman said, adding: “We are liable to pay him if he works in any advertisement for us”.

He also rejected the claims of putting on fake gold ornaments.

Sharing his future plans with DP Host Yasir Shami, the tiktoker expressed his intent to invite Bollywood greats Salman Khan and Katrina Kaif to Pakistan. “We are in talks with their managers,” he claimed.

Kashif Zameer landed in various controversies after he first hosted the Turkish star in 2019. He had also claimed to sign a million-dollar deal with Altan for the advertisement of his companies’ products.

In February this year, the Turkish star announced to cancel the deal with Zameer, stating that the latter did not 'fulfill any of the conditions under it.'

The 41-year-old actor also expressed displeasure over the false statements and misinformation given by businessman-cum-TikToker Kashif Zameer.

LAHORE – A court in Punjab capital city has granted bail to a local businessman, who brought Turkish star Engin ...