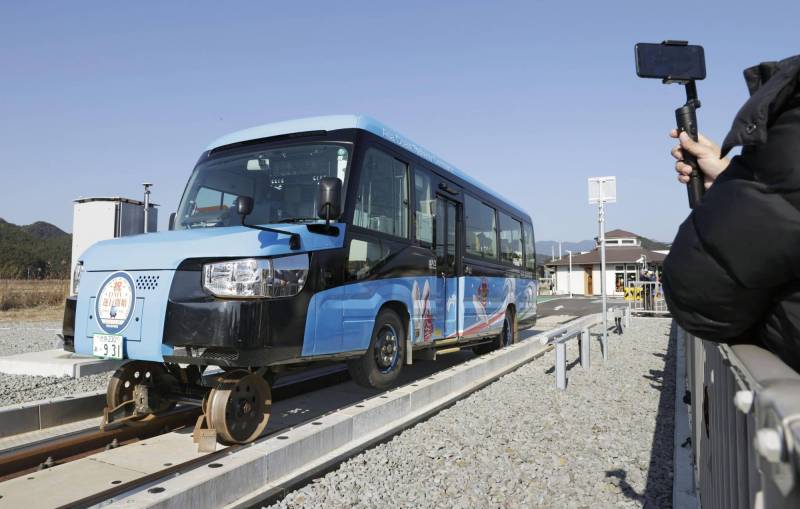 DMV, which was launched by Asa Coast Railway Co., made its public debut in Kaiyo town on Saturday, marking the latest addition to the transportation technology.

The vehicle has a capacity of carrying up to 21 passengers and its road and railway modes can be switched in only about 15 seconds, reports said.

The mini bus-shaped vehicle runs on normal rubber tires on the road. But it turned itself into a train when steel wheels descend from its underbelly onto the track.

It runs at a speed of 60 kph on the rail track while it can go as fast as 100kph on main roads.

At the launching ceremony, Tokushima Gov. Kamon Iizumi said he wants to "send dreams and hopes to the world" with this innovation.

"It took as long as about 10 years to launch (the DMV service). I'm full of emotion," Kaiyo Mayor Shigeki Miura was quoted as saying in a report. The railway service links Tokushima and neighboring Kochi Prefecture.