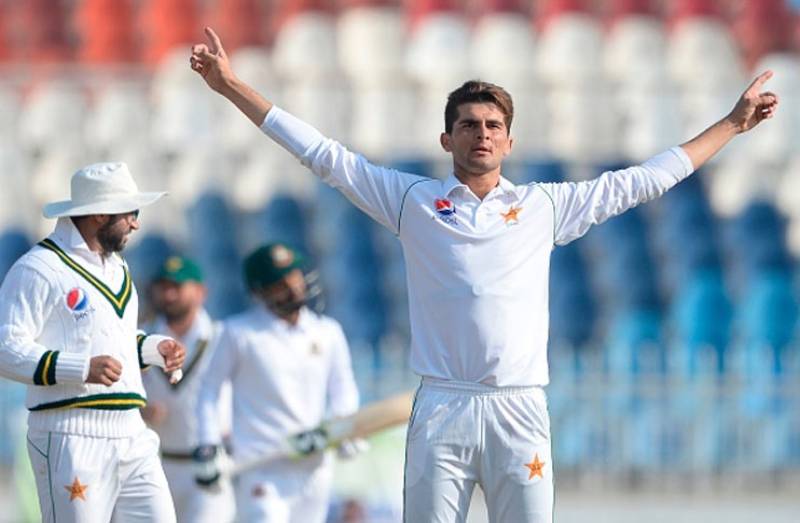 DUBAI – ICC on Tuesday announced the nominees for the Men's Test Player of the Year 2021 award, Pakistani fans expressing concerns after Shaheen Afridi was not picked despite his brilliant performance in the outgoing year.

The 21-year-old Pakistani pacer played nine Tests and took 47 wickets. He was the second-highest wicket-taker this year with an average of 17.06.

A batting stalwart, a spin wizard, an emerging fast-bowling superstar and a dogged opener constitute nominees for the ICC’s award.

Root and Ashwin are the leading scorer and wicket-taker respectively in 2021. Root became only the third player in cricket history to smash over 1700 runs in Test matches in a calendar year with six centuries.

Jamieson has been nominated for his brilliant performances as he took 27 wickets in 5 matches at an average of 17.51 and also made 105 runs.

Meanwhile, Sri Lanka Test captain Karunaratne is the third-highest scorer of 2021 as he made 902 runs in 7 matches at 69.38 with four centuries.

It is pertinent to mention here that ICC will continue to announce nominations of each category of ICC Awards every single day. The winners for each category will be announced in January. The official ICC Team of the Years will be unveiled on 17 and 18 January.

However, Pakistani social media users have expressed shock over the nominations. A user named Saj Sadiq wrote, : “Surprised that Shaheen Shah Afridi who took 47 wickets (2nd highest) at an average of 17.06 isn't included”.

As Always, ICC being Biased. After A Wonderful Year By Hassan Ali And Shaheen Afridi In Tests, They Aren't Nominated For ICC Test Player Of The Year.

Pakistan skipper Babar Azam retained No 1 position in T20I rankings on Wednesday. Azam finished off his incredible and ...